Walked over to the Singapore Botanic Gardens this morning through an extremely ritzy neighborhood — some combination of embassy row and members of the top 1%.  If you want reminders of how the other half lives, Singapore has them in spades.  Still, they don’t chop down all of the trees in wealthy areas, so we were able to walk in the shade — a fact of no small value over here.

The Botanic Gardens are extensive (we only walked through about a third of them) and spectacular; if Singapore has a top ten sights list, they’re probably near the top.  They are extremely well kept, though I would have liked a few more signs.  We saw all sorts of things, from the Fruit Garden … 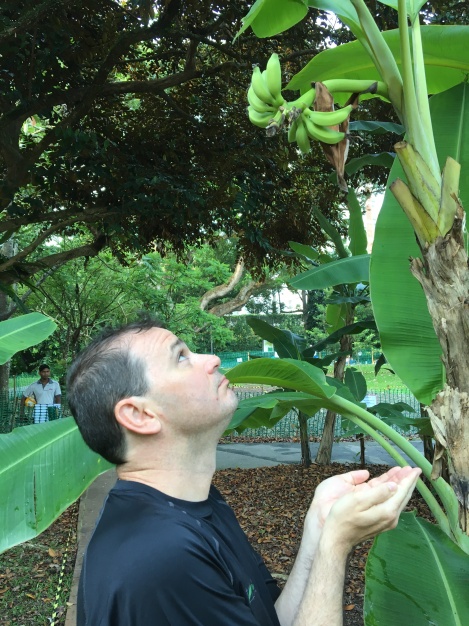 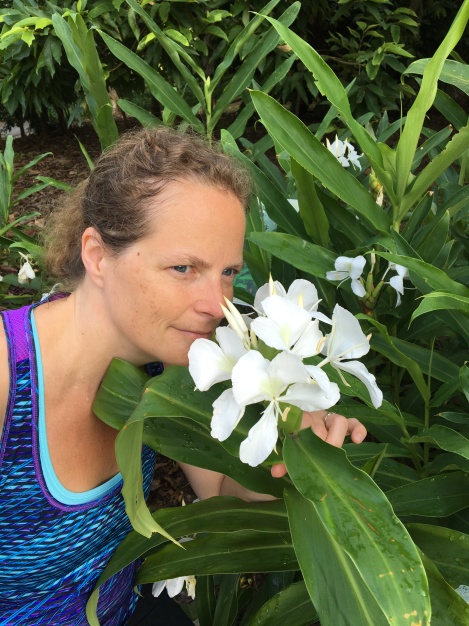 …to all of the paths and trees and palms and manicured lawns in between. 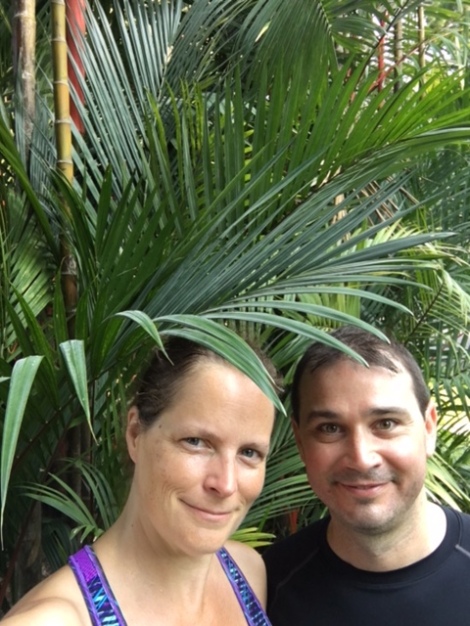 I love that there are so many epiphytes up in the trees: 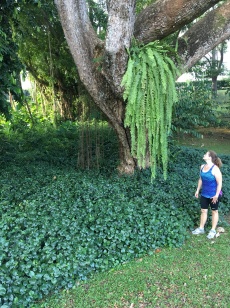 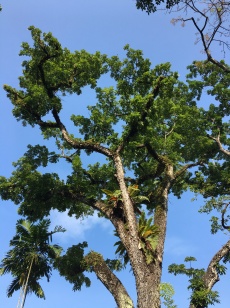 And it’s Singapore, so there must be warning signs: 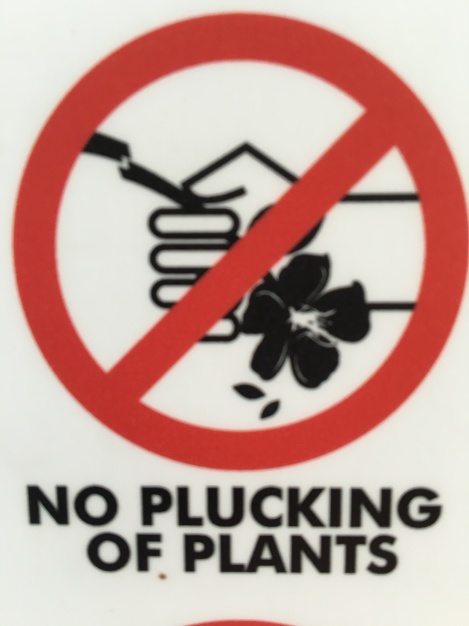 On our way home, we found that someone had put their birds out to air in their gated driveway. The birds have a full repertoire that includes “Rain, Rain, Go Away,” “Twinkle Twinkle Little Star,” and “Happy Birthday.” 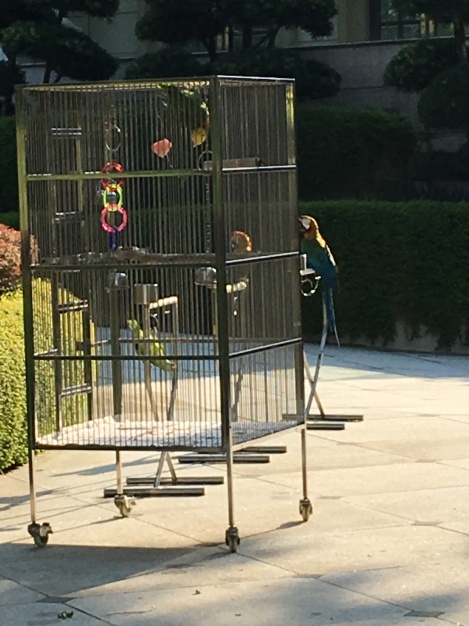 I was also unreasonably excited to find a greenish flower (they’re just not all that common): 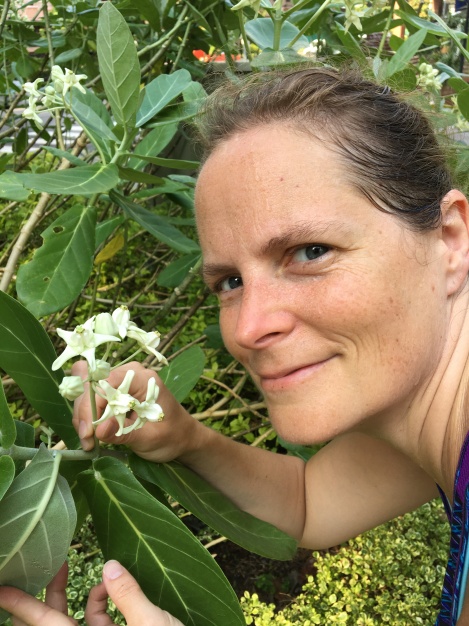 Back here at the ranch, I made my way through a good portion of The Straits Times, Singapore’s English daily newspaper.  Fascinating stuff.  The New York Times has the motto, “All the news that’s fit to print.”  Having read several issues, I think that The Straits Times should adopt a motto of, “Everyone else’s country is a mess, but Singapore is just swell!”  For example, they have a detailed, multi-page layout on the attempted coup in Turkey, alongside multiple op-ed articles on the same subject.  But if you want to read about Singapore, you get this kind of drivel:

“It is important to combat the threat [of a potential terrorist attack on Singapore] on multiple fronts — to stress the need to live in a peaceful society where people work with and trust one another, as well as to detect and do something about those who seem to be going the wrong way.”

And that’s in a news article, not an editorial.  Makes me feel sorry for the people who might want to write real news.