We went to Night Festival last night, which was an unexpected delight.  Think Light City Baltimore meets ArtScape, and you’ll have some idea of what we experienced:  different kinds of light shows, all sorts of performances, late-night museum showings, and food vendors spread out along a swath of downtown.  Our favorite light shows included this jumpy stick figure on the side of the National Museum…

.. and these strobe lights, which cast fantastic dots over the trees and the grass at the foot of Fort Canning Park: 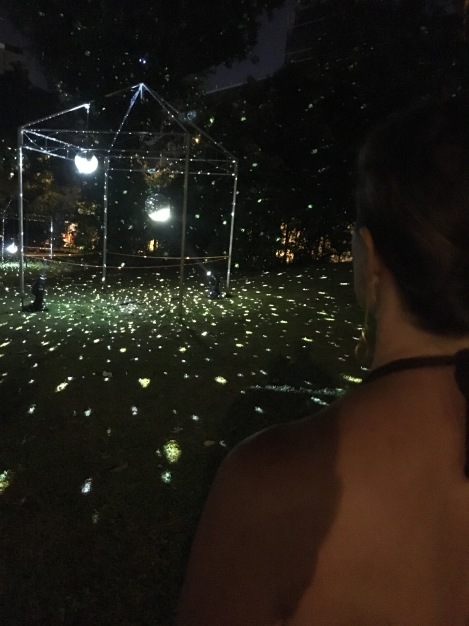 I also got to play these drums, which lit up a display that you can’t see here: 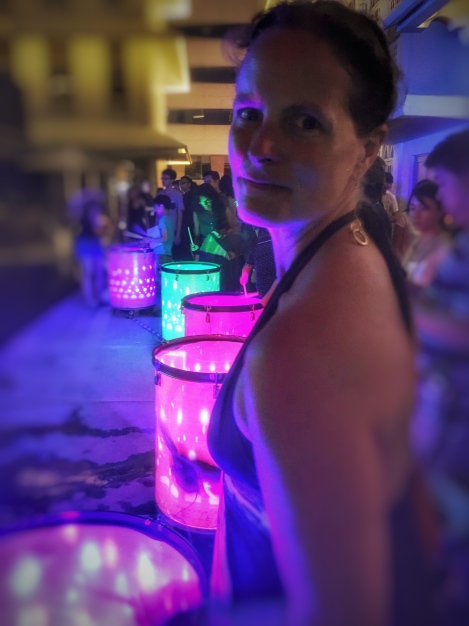 Our evening ended in front of a parkour demonstration at the Peranakan museum:

We didn’t see much in the way of shows and performances, mostly because the lines were so long that we could not imagine getting in.  I’ll say this for Singaporeans:  they’re really good at standing in lines.  In fact, I often wonder if people here just hop onto the end of any line they see on the theory that there must be something worth standing for on the other end.

This morning we went to the Clark Quay area for brunch, where we had delicious eggs at a cafe called Wanna Cuppa. 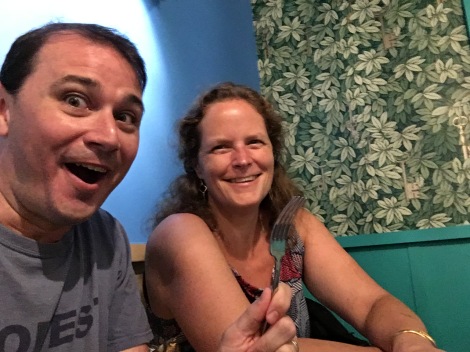 Then Prescott went off to join his new improv buddies for their mid-day practice:

And I went wandering in Chinatown.  The first thing I passed of note was Speakers’ Corner, the closest Singapore has to a place where free speech actually exists.

Here’s how Speakers’ Corner works:  if you are a Singapore citizen or permanent resident, and if you apply first for permission from the government, and if you speak in one of the four official languages, and if you don’t talk about religion or anything else that would sow disharmony among Singapore’s many ethnic groups, then you can pretty much say whatever you want.  I have no idea who uses it, or how often, but this is the only place you can hold a demonstration in Singapore (there’s a big park behind the sign, so you could conceivably have many people “speaking” here).

Singapore continues to fascinate me.  The diversity is real.  This morning I passed a huge Ghost Festival altar in the middle of a construction site, an imam preaching in a mosque, and services going on in two Hindu temples. 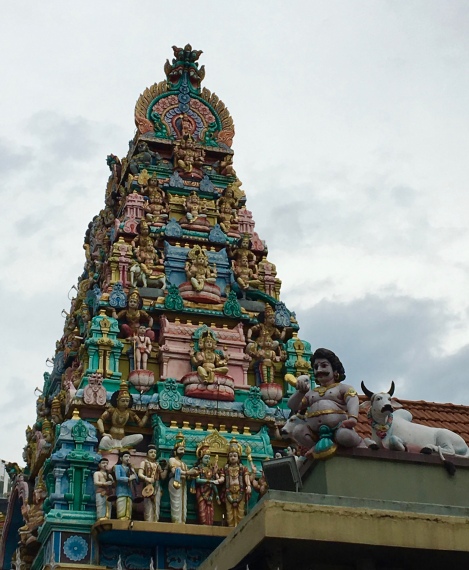 I also ran into a practice for a lion dance:

And then I wended my way to Bread & Hearth, a tiny bakery with outstanding croissants that could have come straight out of Manhattan.

There are also many things here that strike me as strange.  For example, who strung up these lights over this street, and why?  I know they weren’t there a month ago, and this area is far away from the Night Festival. 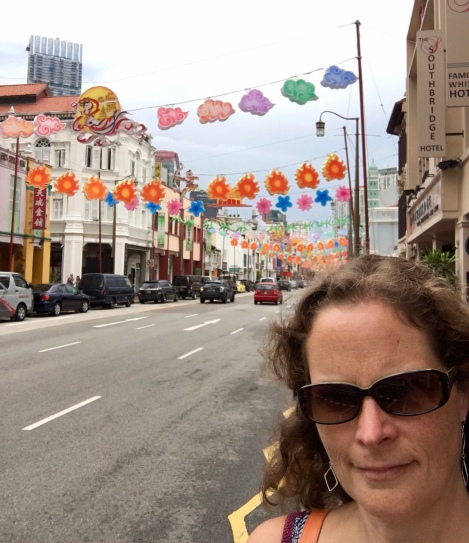 And more importantly, why does a bunny rabbit feature so prominently in the lights?

The food downstairs from our apartment continues to be a big draw (and as a result, we’ve had trouble getting motivated to cook).  Tonight we tried the Korean place for the first time:

And then we went to the bakery/cafe a few doors down for dessert:

One response to “Night & Day”