Today’s adventure was centered on a trip to Little India with my new friend Megan to have our hands hennaed (not sure that’s a true verb, but I like it). This felt like a very white girl thing to do, but it was also a lot of fun.  The henna parlor was as hole-in-the-wall as you can imagine. 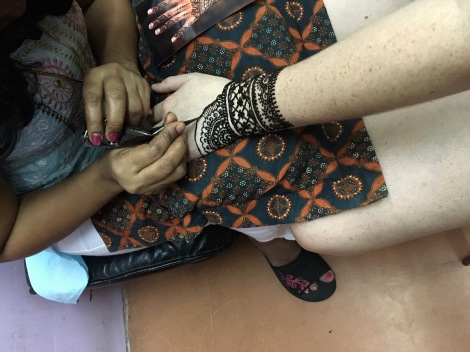 And we were pleased with the results (my hand is on the left; Megan’s is on the right):

I really liked that my design matched the tea cup I was given at an outdoor eating space afterwards:

The tables in Little India are filled with men on Sunday afternoon.

If you see women out and around, they are are usually shopping. We did a little wet market shopping of our own (I just bought mangos, but the vegetables were beautiful). 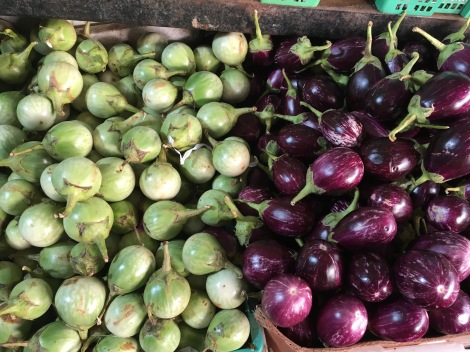 Next we walked over to an arts club where an Australian band was playing swing music. Megan has a big dancing background and was part of the swing dance scene in Hong Kong, so now she’s exploring what Singapore has to offer.

The bar at the club also had really good drinks (that’s turning out to be a rarity in Singapore).

My evening ended with a walk back to the Clarke Quay/Chinatown area, where I went to see Prescott’s second night of improv. The city has some lovely stuff at night.

I continue to be puzzled and amused by a lot of things here. For example, these lighty-uppy floats appeared out of nowhere on our walk (I still have no idea what they were or why they were there): 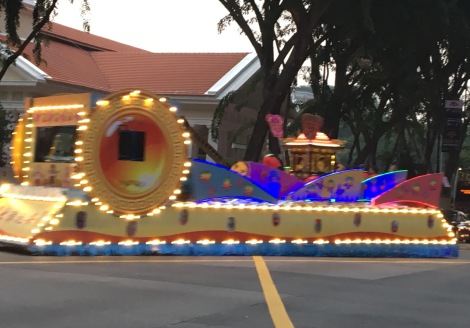 Then there were these guys on the sidewalk … 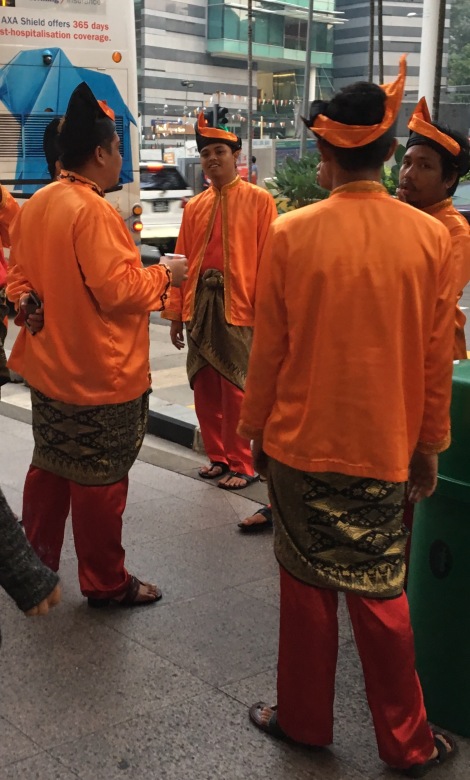 … And this random bird in the middle of a roadway median … 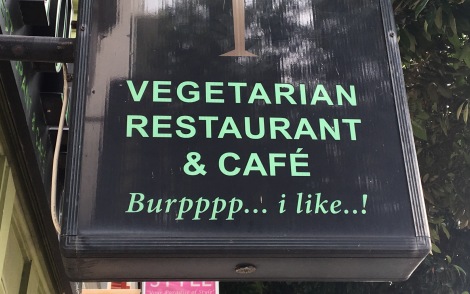 Then there was the surprise of this building, which is the first evidence I’ve seen of Judaism in Singapore (though I have no idea what purpose it serves now):

I hope I don’t stop noticing these things that are unexpected or unusual while I’m here. They make me wonder if we have similar things in the US, which I just ignored or failed to notice as I went about my daily business.  I’ll have to pay attention when I’m back next summer.

One response to “Henna Day ”