I went to my first rehearsal of the Singapore Symphony Chorus last night.  Alas, it may be my last rehearsal as well, because the chorus rehearses downtown — a good hour from our apartment — until 10:15 on Monday nights.  I’ll also be in Vietnam for their first concert of the year.  But I really enjoyed singing again (and with Bruckner’s Mass in F Minor and Part’s Te Deum on the agenda, neither of which I’ve ever sung, it was a sight-singing extravaganza).  It was so much fun to sit with some talented, welcoming singers and work through the music.  The chorus performs in this beautiful space, the Victoria Concert Hall: 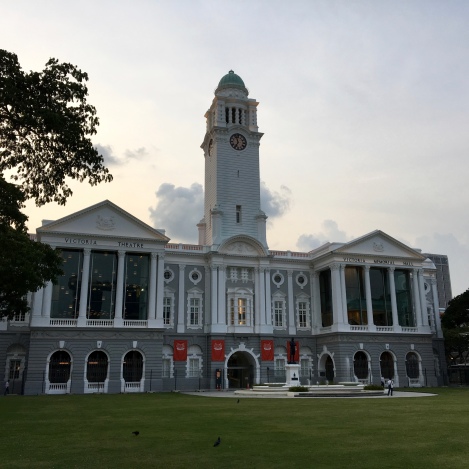 I had an hour and a half to kill before rehearsal, so I spent it wandering around the Central Business District, where I found this very odd statue (creatively entitled “Bird”) —

— and then I returned to the Asian Civilizations Museum:

They were having an exhibit on Christianity in Asia. It was interesting from a historical perspective, but it also reminded me that I can grow tired of Christian iconography pretty quickly.  That said, there were fascinating pieces, such as the Virgin Mary being turned into a bodhisattva: 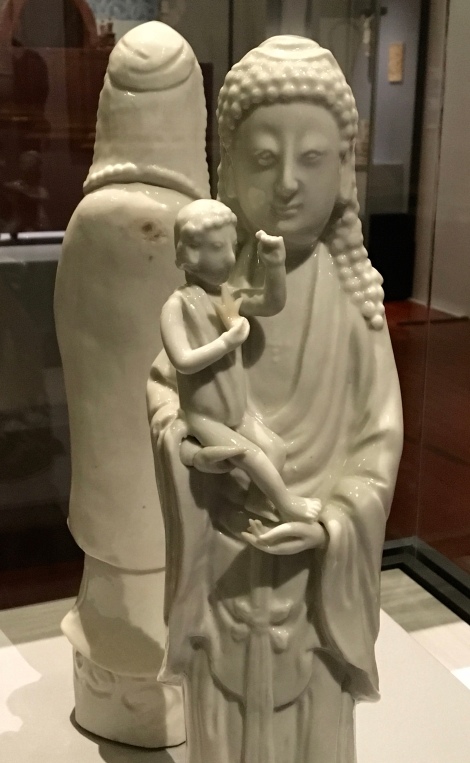 And the holy family being turned into what look to me exactly like a little girl’s dolls (Jesus gets an especially fascinating rendition here):

In other news, my scheduling responsibilities and briefly-meet-every-student group meetings at school have ended, and I have moved on to individual meetings with each of my seniors.  This means that every day is a whirlwind of get-to-know-you chats and college advice.  But while it’s exhausting, I’m very much enjoying sitting down with each kid one on one and doing a job that I actually understand and like.

Prescott has been having a great time as SAS’s new Sustainability Planner, going to all sorts of meetings, getting to know the facilities, and engaging with teachers who are interested in sustainability.  He has a goal of making the school a net-zero energy building — a huge task, but no one has ever faulted Prescott for his lack of vision!