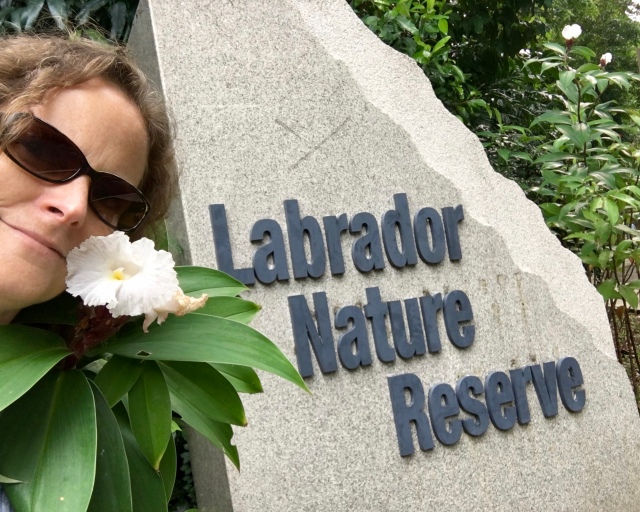 If I were going to rename the park, I would call it “Labrador Fishing Pier and Outdoor Military Museum” because there’s precious little nature to be found.  I came expecting trails and wildlife and empty beaches, but this is the sight that greeted me after the long walk in: 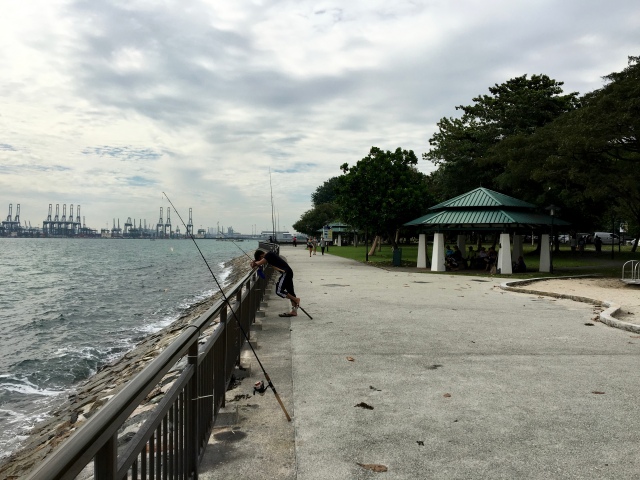 That’s not what I’d envisioned when I’d read that Labrador has a “coastal walk.”  But in true Singapore fashion, nature has been tamed along the coast to within an inch of its life.  Still, I enjoyed the sound of the waves against the shore.  And the park became more interesting once I realized that the area is dotted with all sorts of remnants of military defense structures.  The park lies along the southern edge of one of Singapore’s most important harbors, so it was a key line of defense for the British for well over a hundred years.  Most of the structures date from the late 1800s, though some were built just at the start of WWII.  Near the coastline, there’s a machine gun box: 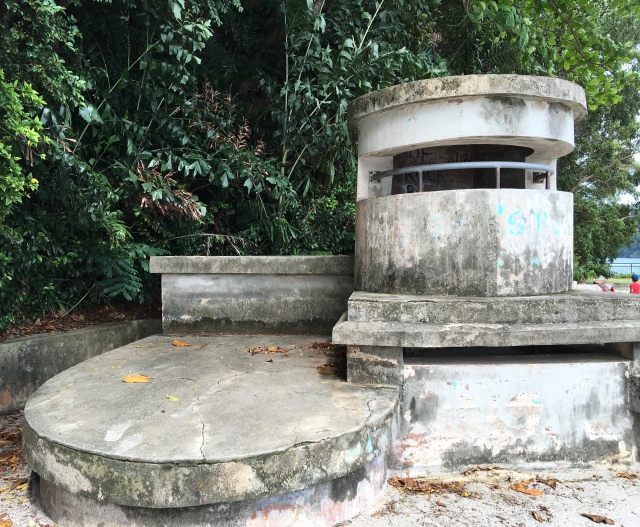 And if you walk up a pretty steep hill, you get to the site of several large gun batteries.  Before Singapore added some new coastline (they like “reclaiming” land here) and the forest grew in, these batteries would have had a direct view of the Singapore Strait.  In the photo below, the circle of trees is where the gun would have been placed (and those recesses in the wall are where they would’ve stored the armaments). 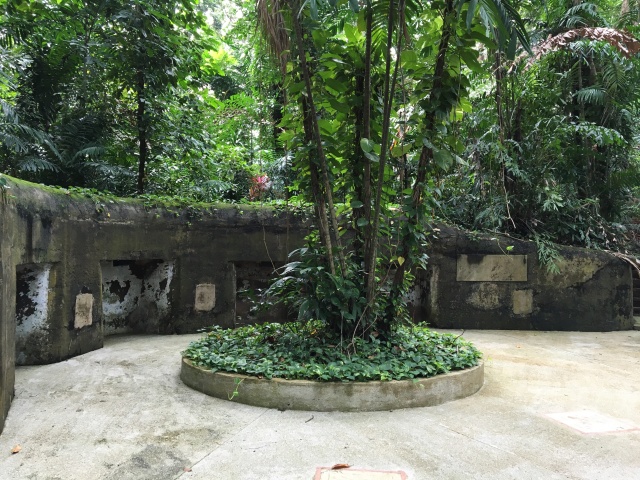 Here’s a 6-inch gun (and some unexpected statues to help you understand what the set-up would’ve looked like). 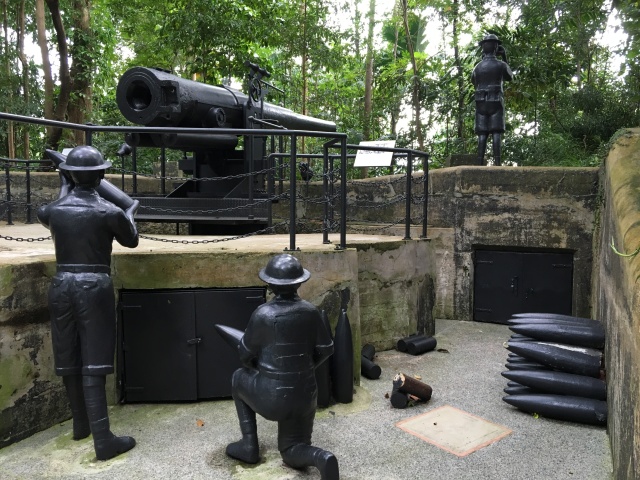 Early in WWII, these large guns were all aimed out at the sea, ready to demolish the Japanese fleet should it ever arrive.  Unfortunately for the British, the Japanese came overland into the northern part of the island (through the Malay peninsula) instead, so these south-coast guns weren’t of any use in defending the island.  As it turns out, because the British fleet was nowhere nearby (for a host of reasons), the Japanese took Singapore in just a couple of days.

I did find some interesting views as I walked along the shore.  I’m fascinated by these condos. 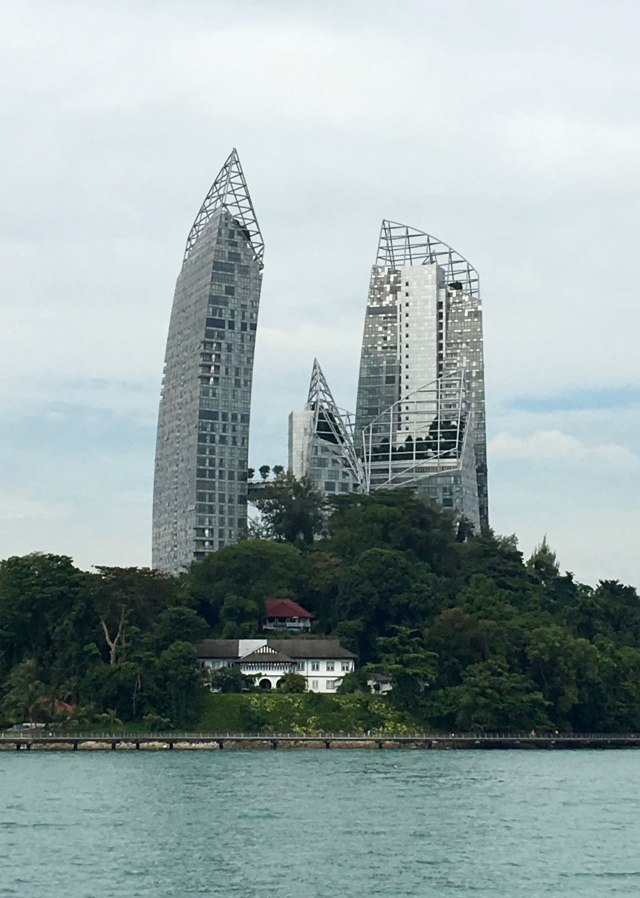 And here’s the harbor (there are at least ten ships behind my head, but they’re very hard to see in this picture): 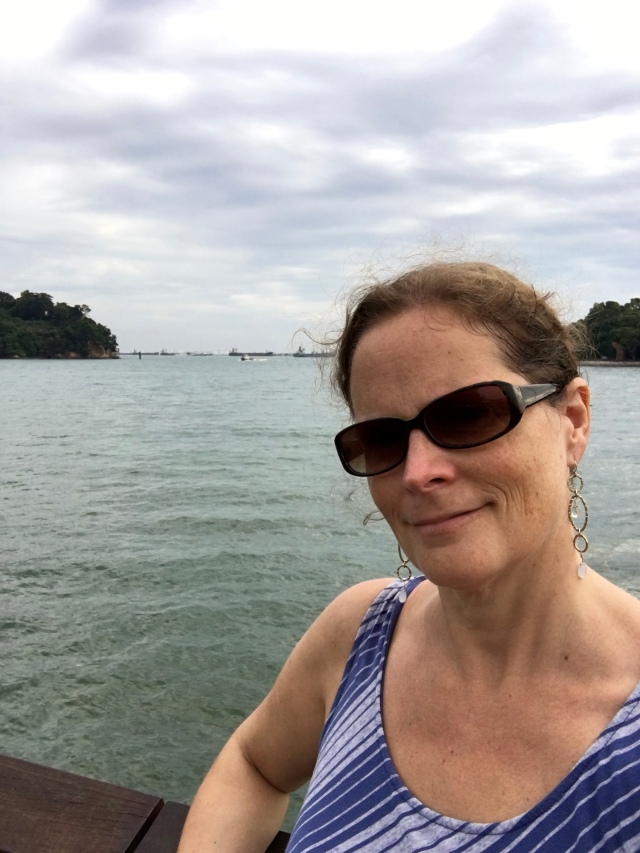 I did find some nature, if in more limited quantities than I’d hoped. 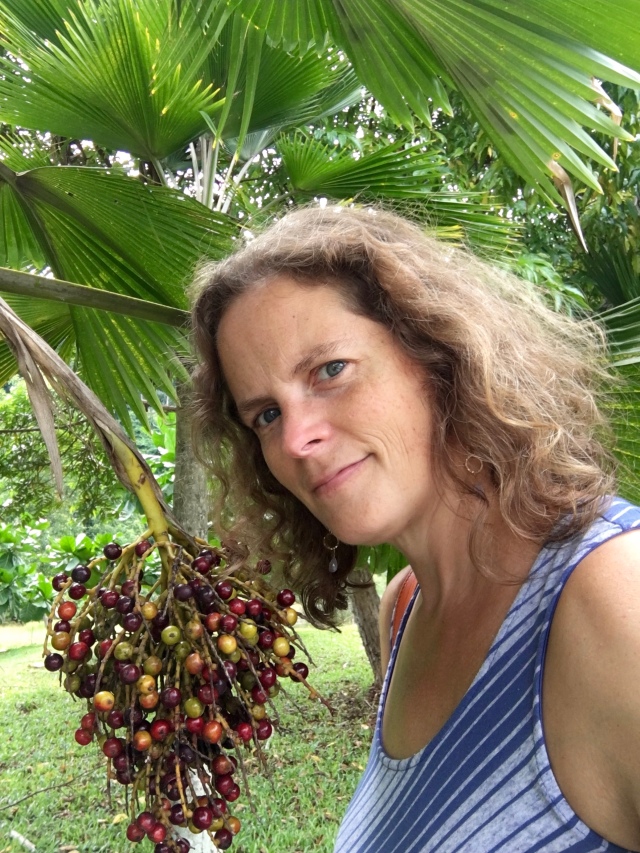 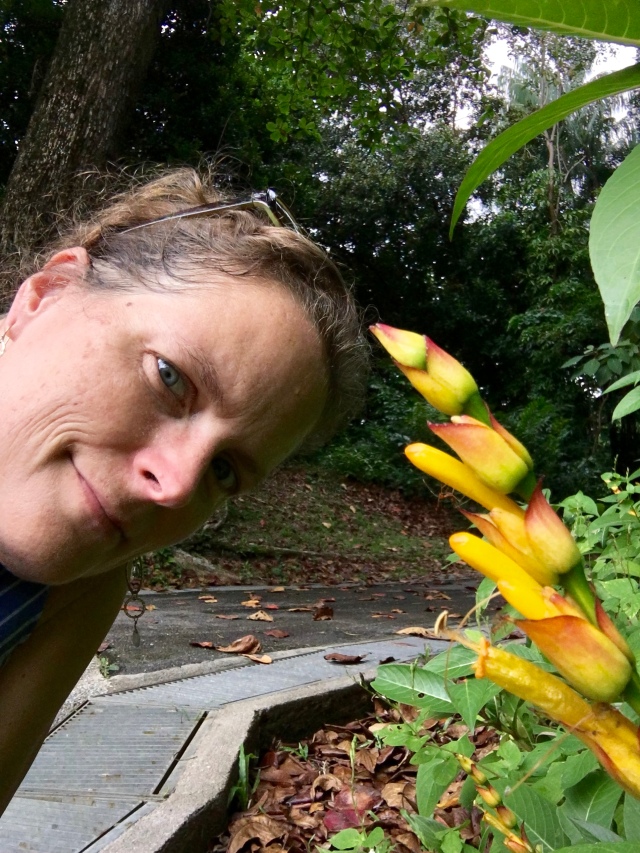 At the very end of my explorations, I stumbled on Berlayer Creek, which turns out to be one of the only places you’ll find mangroves on Singapore’s southern coast (all of the rest of the mangroves have been sacrificed to development).  The creek is mostly hemmed in by trees, so there’s not much to see — but there were wonderful surprising moments, like being surprised by the bright blue flurry of a post-dive kingfisher, or finding this guy just a few feet away:

Monitor lizards seem to be a dime a dozen in parks in this part of the world, but I still find them fascinating.  Watching them makes me feel like I’m back in the age of the dinosaurs.

After a quick trip home, I headed out for a more exercise-oriented walk to a park about half an hour away from our apartment.  You walk past endless rows of towering condos and HDBs, and then you suddenly find yourself facing this: 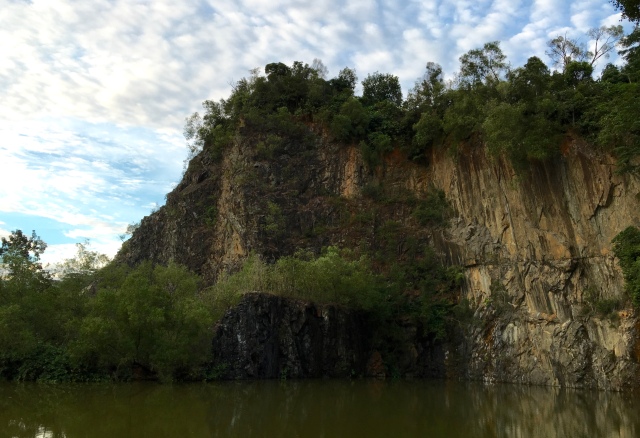 It’s amazing, both for its location and for its “this doesn’t feel like Singapore”-ness.  The park is called Little Guilin, because it’s supposed to look like some place by that name in China.  I stayed and watched the sun go down. 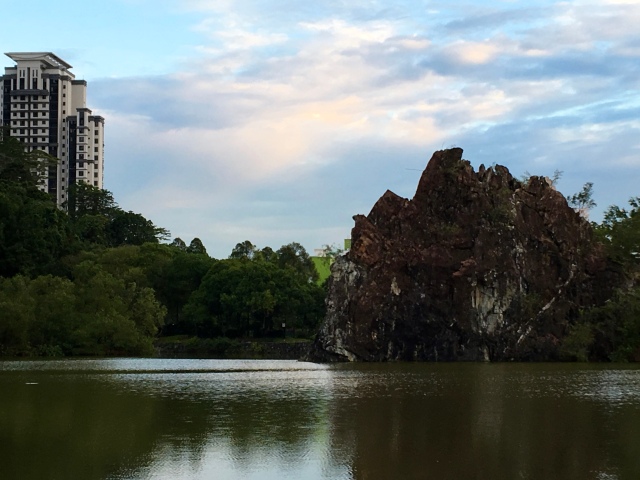 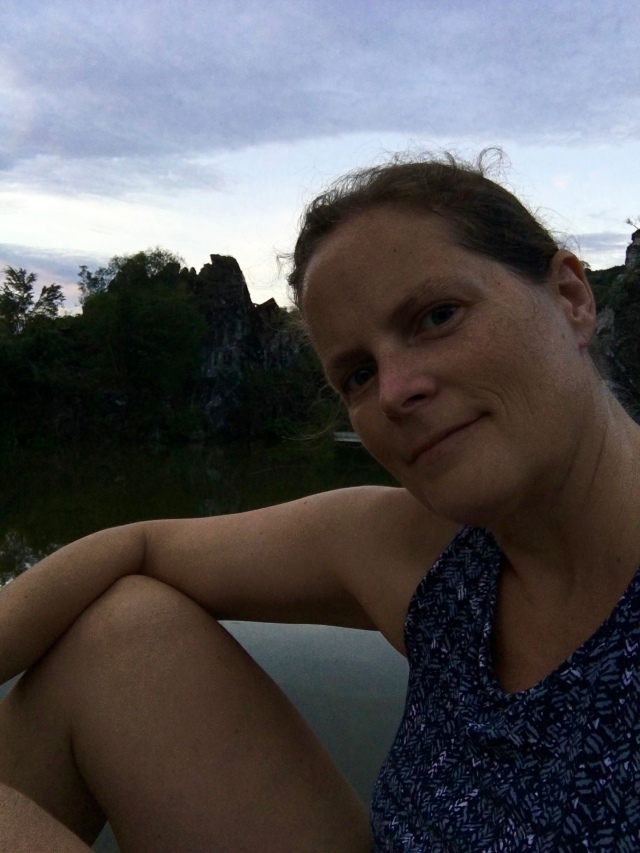 Prescott and I are heading to Vietnam for fall break tomorrow.  That’ll be an adventure!