The road signs to Pottery Thow Kwang say “Dragon Kiln — Pottery Jungle.”  That in itself is reason enough to go to this place.  Based on descriptions from friends, I was expecting a giant pottery studio in the middle of nowhere with hundreds of pots for sale.  At its most basic, I suppose that describes what I found.  It was definitely in the middle of nowhere.  It was definitely a pottery studio: there were wheel throwing classes going on when I arrived, and the first thing I saw when I walked in was the dragon kiln.  A dragon kiln is is more formally known as an jagama, which is a hugely long, sloping, tube-shaped chamber that you can actually walk into. 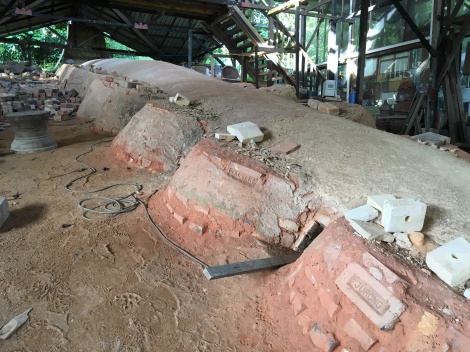 The dragon kiln is so big and requires so much heat and manpower that they now only fire it several times a year.  It’s a huge production — they have people stoking it 24 hours a day.  If I want to see it in action, I’ll have to return in December.

I thought I would find hundreds of pots made by students and local craftspeople.  But pieces made locally took up only a few sad shelves.  Instead, I found thousands (maybe millions) of pots made in China.   It’s almost dizzying; there are large pots and small pots, vases and planters and plates and bowls, pots that look handy and pots with no discernible purpose, pots I could fit in my pocket and pots I could stand up in.

There are wild figurines…

… including multiple takes on the ever-popular dog-lion:

It was a little overwhelming, but fun once I figured out what was going on.  The pottery also has a small pond with actual lotus flowers!

The surprise of this outing was the fact that the pottery warehouses are surrounded by the Jurong Eco Garden.  This is a very odd nature park, which seems to be part walking area, part stormwater management system.  It’s very well signed and paved.  The park includes random sculptures:

The “nature trail” was unexpectedly lovely.  It included many beautiful tall, sturdy trees: 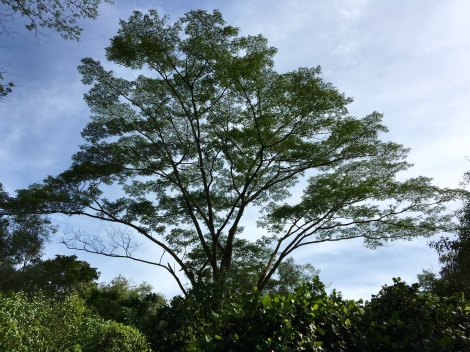 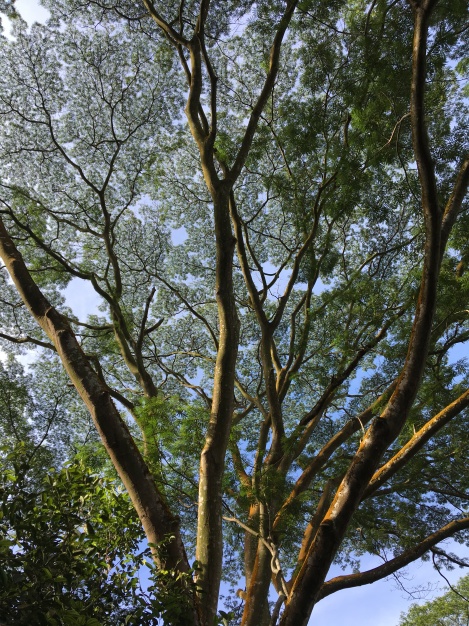 I’m a huge fan of the bird’s nest ferns, which were everywhere:

But the park also had confusing features.  This was the view from the “Summit Lookout”: 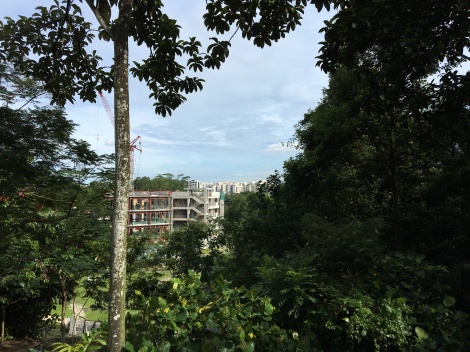 Only in Singapore would a designated lookout give you a view of a construction site.

I also ran across a number of these signs, placed in locations that had no obvious photographic value:

Stormwater management was a major feature of this park; they had lots of carefully designed swales and ponds and swamp areas.  I’m not sure I’ve ever seen a park with such a focus on drainage and runoff.

There were lots of “here’s what you should do if you encounter wildlife” signs at the park, but the sum total of my sightings were one tiny turtle, one green-yellow lizard, and bunch of unidentified birds, butterflies, and fish.