Almost all flights from New Zealand to Singapore make a stop somewhere in Australia, so Prescott and I took advantage of the layover on our return flight to spend a night and a morning in Sydney. It was thrilling to see this just a few blocks from our downtown hotel — it’s just such an iconic view: 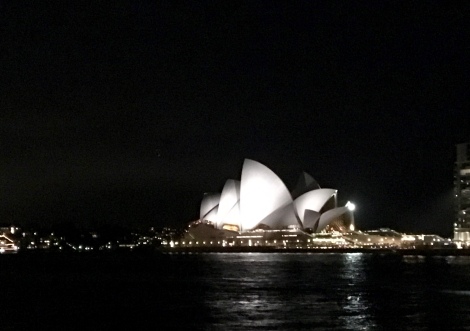 If there’s one thing to love about breakfast in Australia, it’s avocado toast (a.k.a. avo toast, a.k.a. smashed avo toast).

This is a brilliant invention that seems to be omnipresent at Australian breakfast places. It’s not just mushed-up avocado on toast — it’s avocado that’s usually mixed with lemon or lime and salt and then topped with any number of things (e.g., sumac, pepitas, cilantro, or dukkah, an Egyptian nut-and-seed mix). I love it in all variations.The one above, served on Brickfields sourdough bread at a quirky cafe called Marlowe’s Way, was a perfect beginning to our day. Yum.

After that, the morning unfolded as it must for thousands of first-time tourists in Sydney. Prescott and I started by walking over to the Opera House:

It’s much browner in its glass window sections than I thought it would be — I guess I hadn’t realized that it was a product of the 1960s.

We then headed slightly inland to The Royal Botanic Garden, which features wide lawns and great trees (and many fewer shrub and flower plantings than I’m used to here in Singapore). There, we found an ibis, which looks like someone added a pickaxe to a bird… 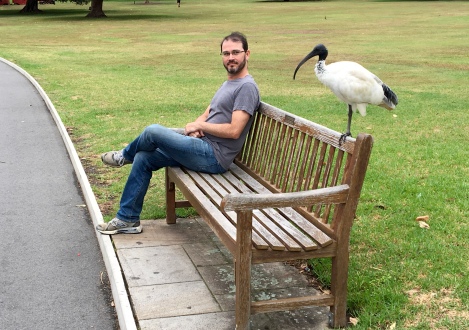 … this flower, which you see in many gardens in Australia and New Zealand … 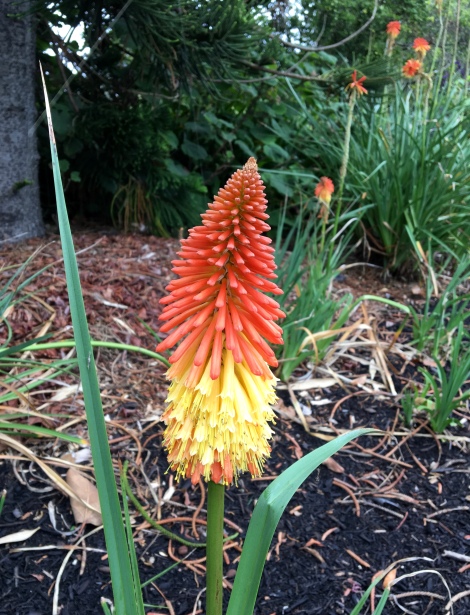 … and this flower (at least, I think that’s what it is), which looks like a scrub brush for glassware:

I also liked this flower, which I found in front of the music academy right next door:

We next headed out for a walk to and over the Harbour Bridge, which is the tallest steel arch bridge in the world. The bridge looks scenic both from a distance, with Sydney’s ubiquitous ferries running below … 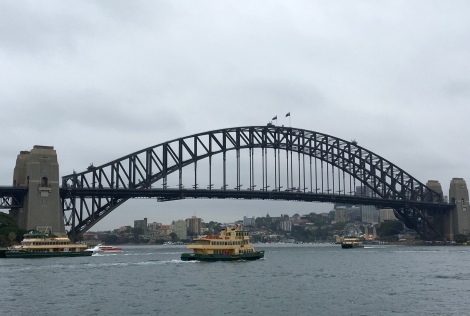 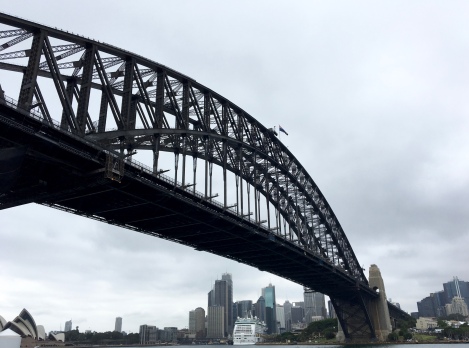 But when you’re walking on the bridge itself, it’s not much to look at, and if you want to see the world beyond, you have to do so through the diamonds of a chain link fence. 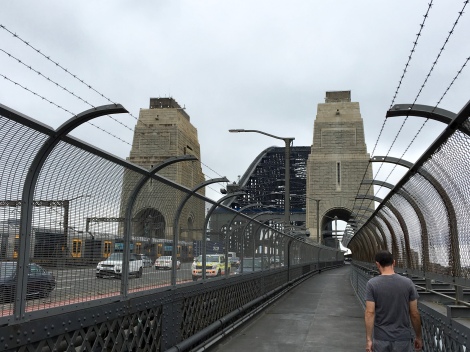 Still, we were glad that we did the walk. When you put your face right up against the fencing, you can see this (yes, enormous white thing is a cruise ship, which pulled into its berth on the night we arrived): 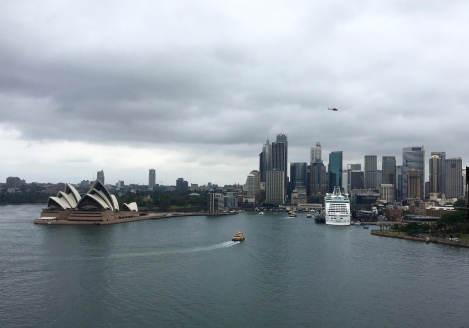 The walk also gave us the chance to take a quick peek into the quieter North Sydney neighborhood on the other side. There, we had a lovely cup of drinking chocolate, I bought a fig, and we found random things like this tower … 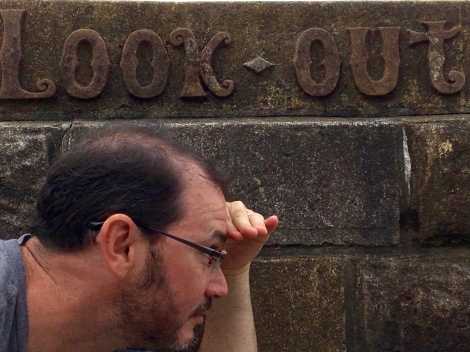 … and this painting on an electrical box:

… and to Luna Park, an amusement park that first opened in 1935.

I was really sorry that we didn’t have time to go in. If I return to Sydney, this will definitely be on my list of places to visit, if only so I can ride that Ferris wheel.

We took a ferry back to downtown Sydney. Lots of tourists ride the ferries, but they’re primarily used by locals (largely for commuting purposes, from what I was able to see).

Riding the ferry was both more fun and more scenic than walking over the bridge (though it had zero exercise value). I loved being on board — I’ve always been a fan of ferry boats. Given more time, I would have spent many happy hours just riding around on the water and sightseeing that way. 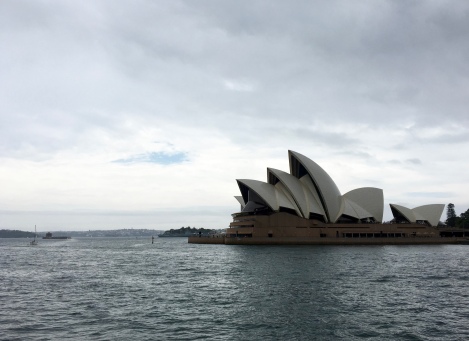 Sydney reminded me a little bit of Baltimore (but only a little; Sydney is far more charming) in the way in which it sits right up on the water. And something about how the buildings fit together also called Baltimore to mind, though I can’t exactly put my finger on what it is. 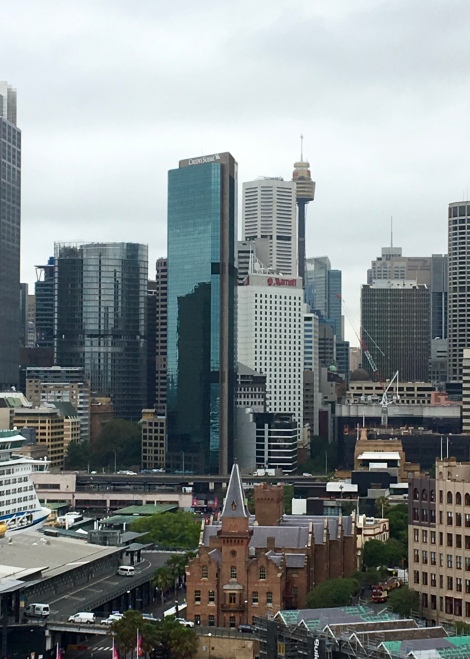 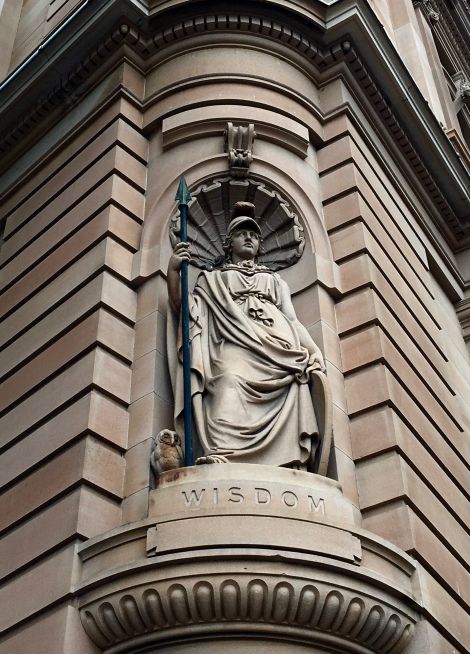 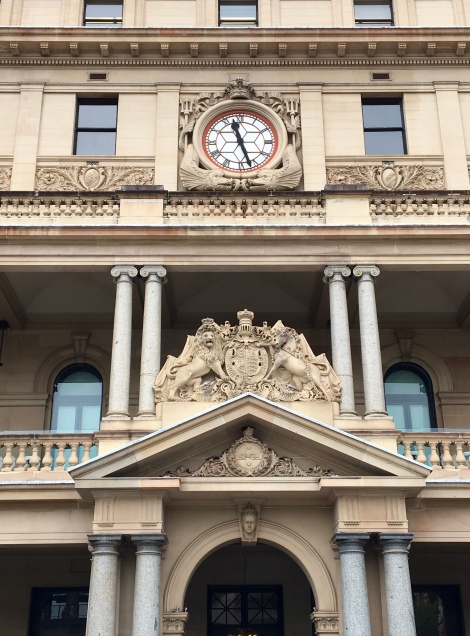 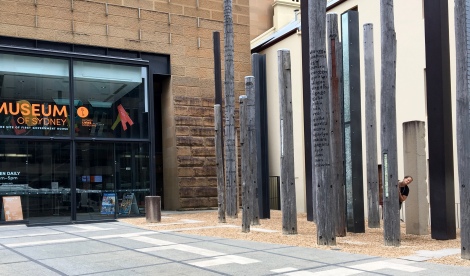 I loved stumbling on older buildings all over the place — for some reason (probably having everything to do with the weather in the tropics), they didn’t build many places like these when the British held Singapore during that same time period. 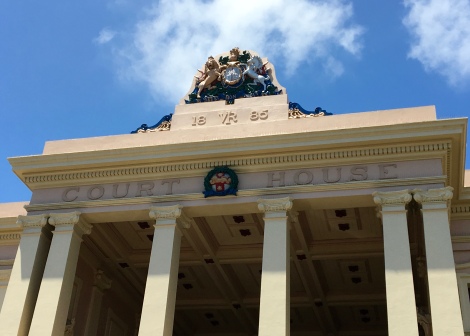