After the new daily ritual of breakfast — a cup of tea and a pastry — at Eric Keyser, Jenny and I went to school to help the kids prepare for our trip to the Louvre.  The idea was to have the kids do some research to figure out what they might want to see, but they did not seem as excited about this idea as we were.  So they spent a little time doing research and a lot of time chatting and trying to watch replays from the Hopkins/Syracuse lacrosse game.

Took the metro to the Louvre, where our group pass allowed us to dash past the casts of thousands who all seem to have picked today to descend on the museum. 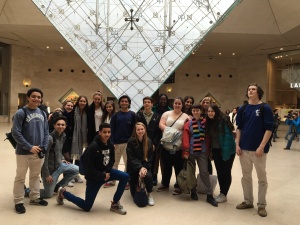 Had a great visit — it’s easier once you’ve been there a few times before and know what you might want to see.  I started in Italian sculpture, then went up to Huge French Paintings, took a side tour through Islamic art, and ended up for the last hour in Dutch and Flemish paintings. 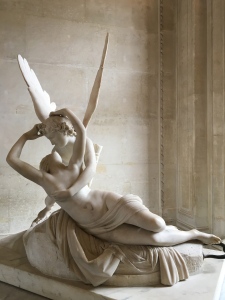 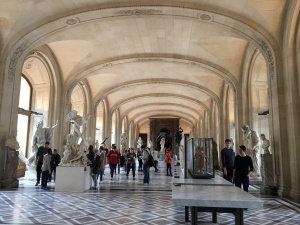 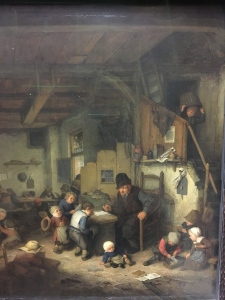 Had lunch at the food court, where the McDonald’s inexplicably serves macarons: 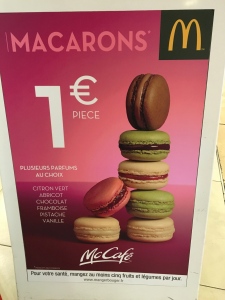 Walked through the Tuileries Gardens, which was surprisingly crowded given the chill air.  But the kids seemed to enjoy it. 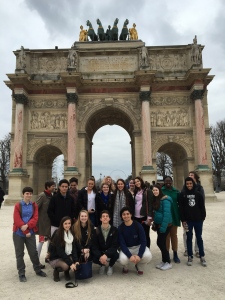 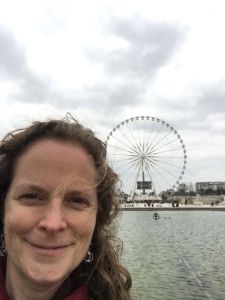 Returned to school and dropped the kids off a little earlier than usual.  Stuck around to talk with the French teachers about the various student and family problems that seem to be inherent to any tour (one student who does not like to be in groups; one student who wants to be out at cafes all the time; one parent who doesn’t want his student going out to cafes all the time, etc).

Walked home with many detours — to eat macarons, for Jenny to buy chocolate, for me to buy a tarte monge (a berry tart) at Eric Keyser.  I don’t like macarons as much as everyone else does, but I could eat berry tarts in France all day long. 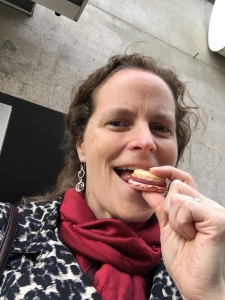 Jenny and I parted ways, and I took the metro into the Madaleine area to go pen shopping.  Bought the most beautiful pen in the world at Plume & Bille.

Went home for a nap, then returned to Le Recepteur to have dinner on my own.  Had grilled scallops on a “marmalade exotique” that were out of this world, and a glass of Bordeaux that tasted like it had a whole fruit orchard inside.  Lovely.  France is very civilized.