While Prescott went to a holiday luncheon with his co-workers on the facilities staff at SAS, I ventured to Gardens by the Bay.  This huge park is a brainchild of the Singapore government, an attempt to make more green space in the city.  The amazing thing to me is that the entire garden is built on reclaimed land.

Gardens by the Bay is probably best known for its “Supertrees,” enormous structures that double as art and cooling systems — they vent hot air and cool recirculated water. 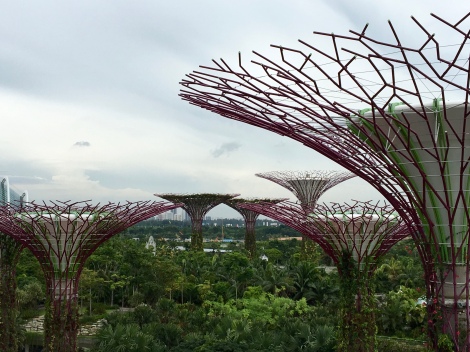 Prescott and I went to Gardens by the Bay back in July on one of our first nights in Singapore, when it was unforgivably hot out (though the sun had gone down) and we were still very much jet lagged.  The park is an entirely different experience when it’s somewhat cooler, it’s daytime, and your wits are clear.

As with many parks in Singapore, Gardens by the Bay feels planned to within an inch of its life.  There’s a lot of concrete.  But it has a lot of beauty, too.  This is the view when you first come up from the MRT: 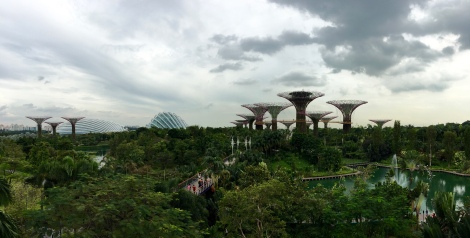 Some of the Supertrees are connected by a “skyway”:

Because this is Singapore, the skyway has an extensive list of things you can’t do (I especially like that someone imagined that one might come up to this walkway with a kite):

As you might expect, Gardens by the Bay has lots of flowers:

It also has a lot of statuary — some cute, like my new camel friend … 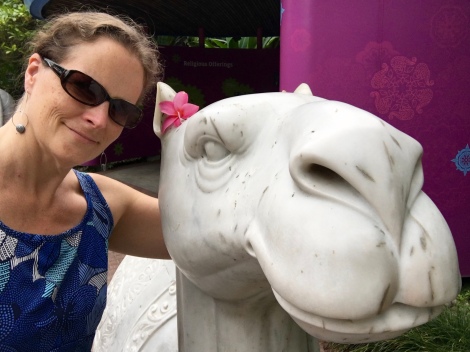 … and some downright creepy:

One of the coolest things at Gardens by the Bay are the Flower Dome and the Cloud Forest, cooled conservatories that are among the largest greenhouses in the world.

I went to the Cloud Forest yesterday, which is the one on the right in the photo above.  It basically has a giant rain forest mountain inside; everyone takes an elevator up to the top, and then there are long walkways that take you down through various levels of vegetation.  But to start, you walk in and come face to face with this six-story waterfall:

The Cloud Forest is meant to have the temperature and humidity of a tropical mountain rainforest, so it’s filled with ferns and orchids and bromeliads and mosses and anthuriums. 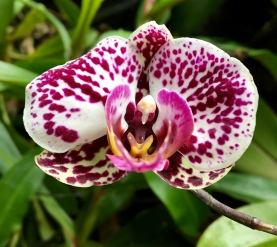 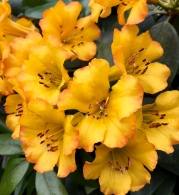 They even have azaleas, which I thought was pretty exciting (it’s funny what Baltimore things stick with me).

I’m not sure why, but the Cloud Forest is also filled with statues from Papua New Guinea and East Timor: 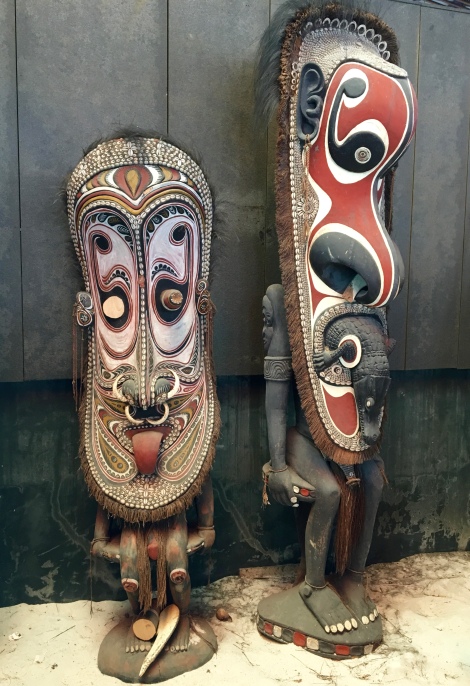 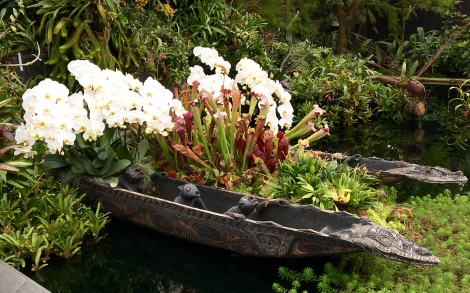 The Cloud Forest also has a somewhat random and definitely fun display of venus fly traps and pitcher plants.  I’m grateful to whatever Lego artist came up with this one.

The plants themselves have a strange beauty: 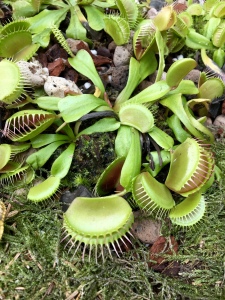 One of the main reasons that people go to Gardens by the Bay at this time of year is to see their Christmas Wonderland.  I was expecting lots of poinsettias and amaryllis, but instead there are lots of red bows around trees and — during the day — unlit light structures (smart people probably know to go there at night). There’s also a small European-style Christmas market, where I was excited to find a gentleman from the Netherlands making stroopwafels, a kind of thin waffle-cookie with fresh, hot caramel inside. 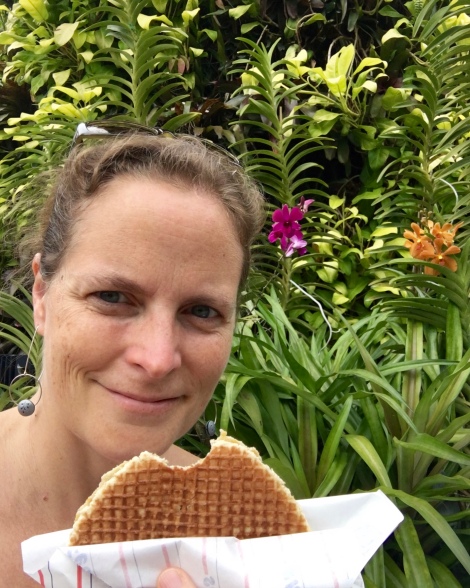 Later, when I took another spin around the market, I found that he also had a poffertje stand!  Poffertjes are tiny pancakes made with a yeasted dough, and they are one of my very favorite Dutch foods. 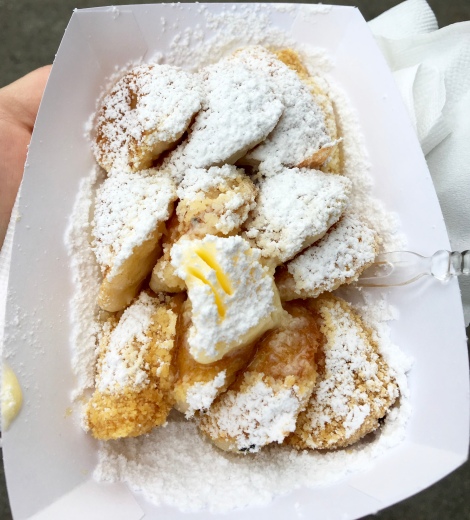 I realized that the main attraction of Christmas Wonderland is the Ice Palace:

I went to the cafe inside, where it was cold enough (especially in a sundress) to drink hot chocolate by the rink: 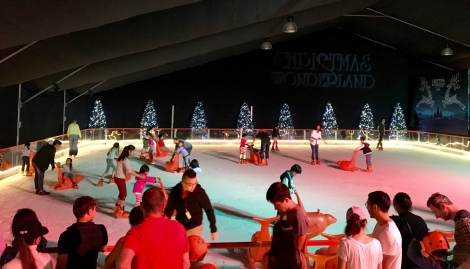 It was an odd experience — “winter” in Singapore doesn’t make a whole lot of sense (and must use more electricity than I can imagine) — but at the same time, it was great to hear kids screaming and cheering as they went tubing or skating for the first time.