For our first day of road tripping, we decided to go around the Coromandel Peninsula. The first thing that we learned when driving here is that New Zealand is much bigger than it looks on a map. and once you add in small, narrow, two-lane roads, one-lane bridges, and lots of switchbacks, it takes a lot longer than we’d planned to get from point A to point B. But the good news is that there are usually so many great views in between that it doesn’t always seem to matter.

The gateway to the peninsula is Thames, where we stopped and had a very yummy piece of carrot cake at Sola Cafe. We also found these guys outside of an antique shop: 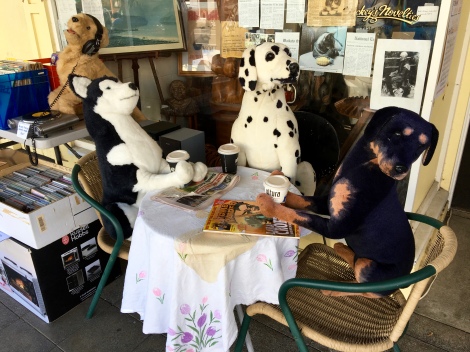 The drive up the west side of the peninsula hugs the coast, so your views out of the car window look like this: 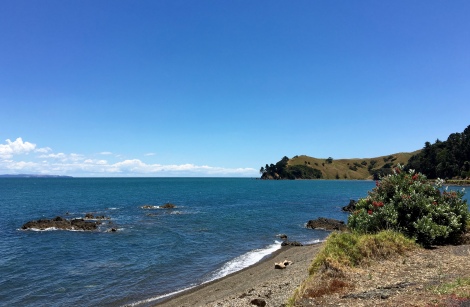 It’s stunning (in Prescott’s words, “this doesn’t suck”), and the views go on and on. We stopped for a brief look-at-the-beach break here:

The drive gets hillier and steeper as you approach the town of Coromandel: 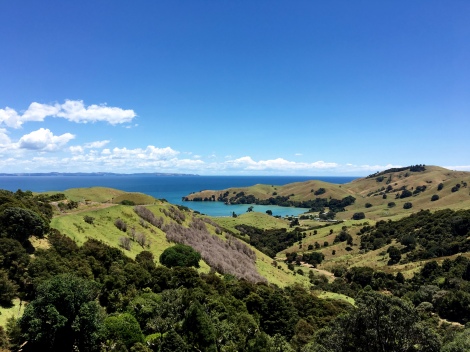 The towns of the peninsula are small and quaint, though there aren’t many of them. We stopped for a quick lunch in Coromandel at the Pepper Tree (good fish & chips) and then drove the rest of the way over the mountains to see this: 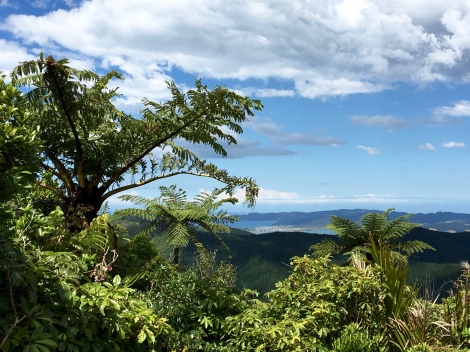 Our next stop was off of the peninsula in rural village of Te Aroha, which used to be one of the largest mineral springs towns in New Zealand. They’ve maintained many of the old Edwardian and Victorian buildings: 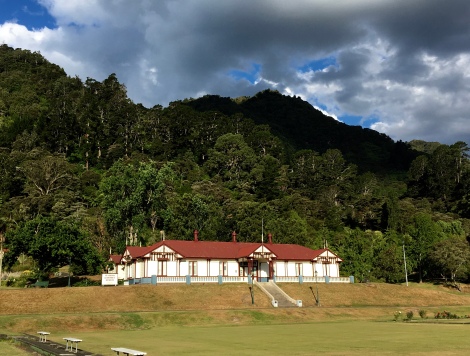 They also have a beautiful (if small) garden:

We were sorry that the spa didn’t have any hot spring baths available; we could’ve used a soak after a long day of driving. Instead, we continued our way south through the many cattle pastures:

Our drive ended with a frustrating search to find someplace to stay for the night. Christmas is high summer — and high vacation season — in New Zealand, and hotels and holiday parks (think a private camping area with a few cabins and some amenities like a kitchen and a charging room) are in high demand. After doing a great deal of searching online and poking our heads into a few sketchy-looking places, we ended up at the KEA Holiday Park in Putaruru. Well, it called itself a holiday park, but it was more like a motel with some grassy space in the middle: 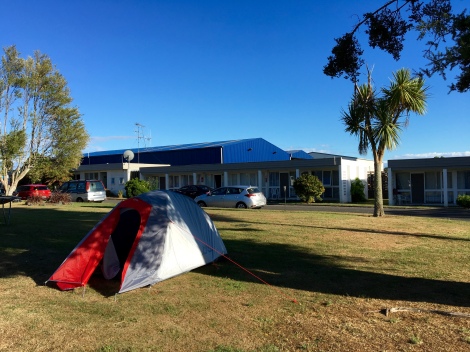 On the up side, the place was very clean, the owner was super-friendly and helpful, and there were cows around back. On the down side, it looked incredibly seedy, there were loud noises (trains and a 4:30am siren that sounded like a civil defense warning), and we paid $40 NZD (about $30 US) for the privilege of setting up our tent in a motel courtyard.  Note to selves: the next time we travel to New Zealand between Christmas and New Year’s, book ahead.

The one redeeming feature of our holiday park was waking up to a trampoline in the morning: 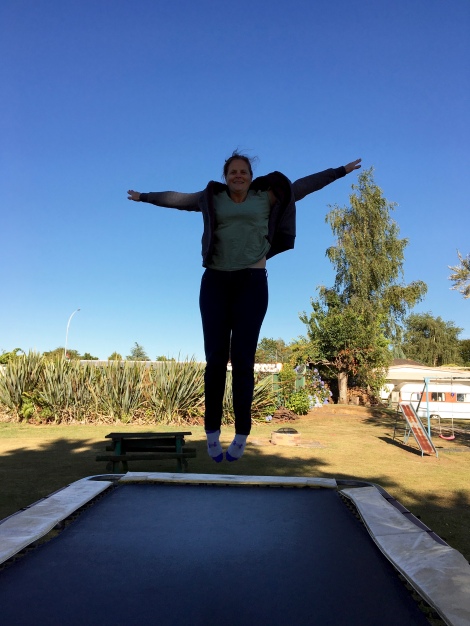 Prescott, an old gymnast, did flips!