In Queensland we stayed in a region called the Hinterland, an area up in the hills north of Brisbane, just beyond the Glass House Mountains. I love the name — it suggests someplace remote and uncharted. But the Hinterland has plenty of houses and farms to go round, and the occasional small village here and there (Montville looked particularly charming). Our group’s base house in Peachester was set nicely into the forest: 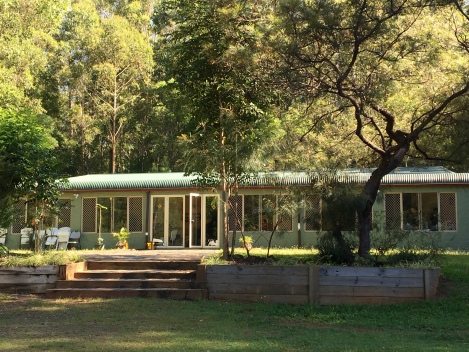 This was the view from our front window…

… and this was the view down the road just beyond our driveway: 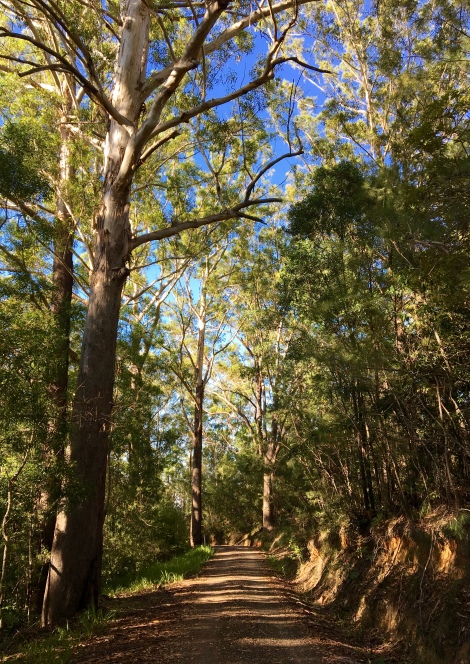 I’m always surprised to find forests in Australia — in the movies, you pretty much see a lot of red rock and desert. But the area along the coast north of Brisbane is lush and green. I had no trouble finding flowers, including a night-blooming cereus, to which I made an early-morning pilgrimage. 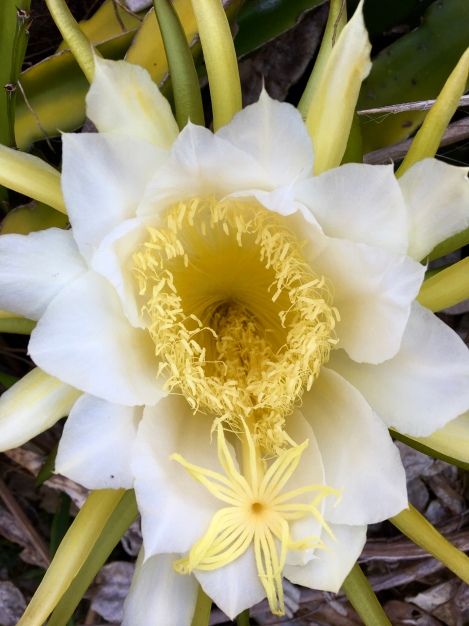 There are also snakes in the hills! I love snakes and was enthusiastic about seeing them in the wild. We came very close to running over this huge carpet python, which was slithering across the road:

Three nights later, our tour organizers — who were barefoot at the time — nearly tripped over two bandy-bandies in our yard:

We also went for several hikes (all snake-free). The first was to cool down in Konadlila Falls National Park. The trek leads down a relatively short, pretty steep, often paved, often stairway-ed path. We didn’t make it all the way down to the falls — a thunderstorm was threatening (and poured down on us the whole way up), but we did get a quick swim at the rock pools.

It was a beautiful area and is rightfully popular. We had this view behind us — with lightning striking in the distance — as we stepped out of the pool: 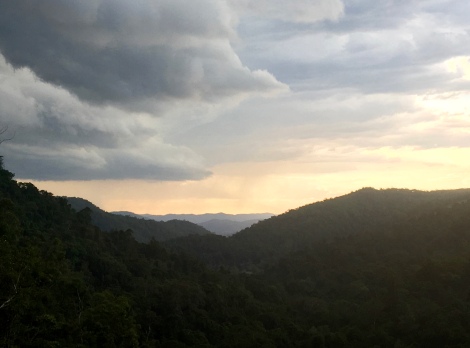 The next afternoon we took a very short walk to Gardner’s Falls, which has several terrific rope swings and a great swimming hole. I was so hot and excited about swimming that I didn’t take any pictures of the actual falls, but some of our group stopped at this mini-fall, which they had all to themselves:

Our longest and hardest trek (though still short by most hiking standards) took us up Mt. Ngungun in the Glass House Mountains. 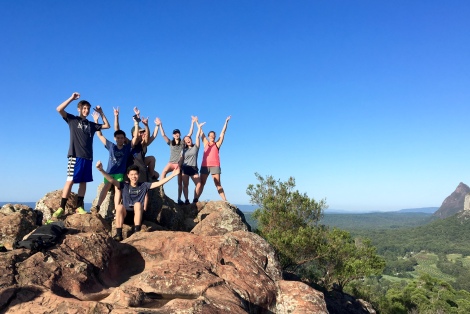 These mountains were given their name by Captain Cook because he thought that they resembled the glass kilns in the north of England. Here are Mt. Beerwah (in the back) and Mt. Coonowrin:

The mountains are striking mostly because they appear and disappear out of nowhere — they’re like little dots in an otherwise fairly flat landscape.

We took a few hours out of our zoo and hiking adventures to shop at the Emundi Markets, a huge artisan marketplace where I found poffertjes (tiny yeasted Dutch pancakes)!

One of the best parts of being up in The Hinterland was the sunsets, which were spectacular… 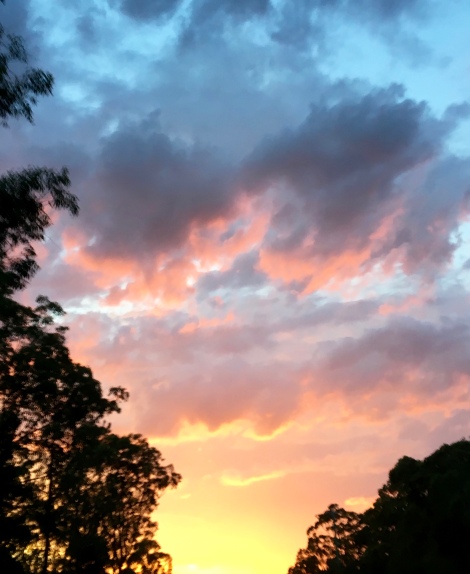 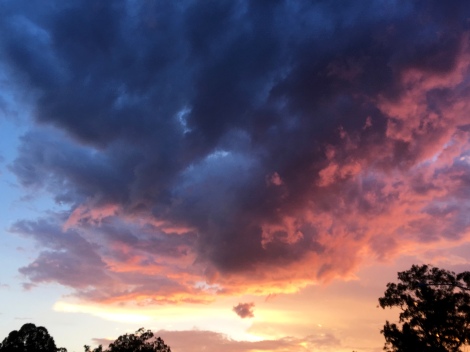 … and which made a great backdrop for the mountains:

My only disappointment in the Hinterland was not spotting a wild koala. 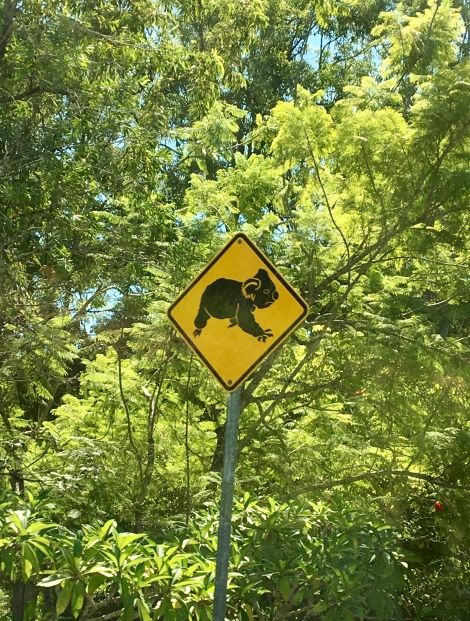 These signs dotted the roads — and I kept my eyes peeled — but I never did find a grey blob up in a eucalyptus tree. Oh well.