Messenia, the southwestern tip of the Peloponnese, spent centuries under Spartan rule. They finally won their independence in 371 BC, when a Theban general named Epaminondos invaded and liberated the Messenians (I am pretty sure I never learned any of this in my extensive Greek history class in college — what I am learning in Greece is that there is far too much history here to learn in a single semester). Epaminondos decided to create a city with the impressive name of Megalopolis to be the administrative and military center of his new territory. And how can you resist a visit to a place called Magalopolis?

Unfortunately, little remains of this anti-Spartan stronghold. The best thing to see here is their theater, which they claim was the largest one in ancient Greece.

It is impressive to sit in the same seats where the Greeks sat 2300 years ago, even if they are somewhat overgrown at this point.

We were glad to have made a detour to this spot. It was completely deserted and very peaceful.

Megalopolis also offered another unexpected treat: the best bakery we’ve yet been to in Greece (sadly, we don’t know the name, but if you drive in from Sparta, it’s on the left a few blocks before you hit the town square). Their spinach and cheese pies made an excellent lunch! 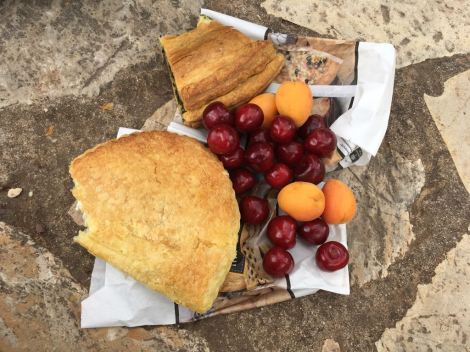 Returning to our history, General Epaminondos also refounded Messene, a classical city-state, in 369 BC. In order to protect this new territory, he built a giant nine-kilometer wall. 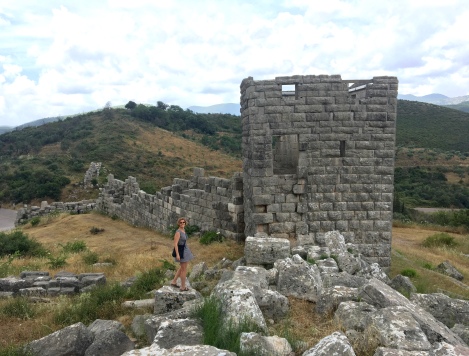 This wall is truly impressive! We spent a long time scrambling along it and photographing it. And we were wholly underdressed and underprepared, because we saw our first-ever Greek rain there! 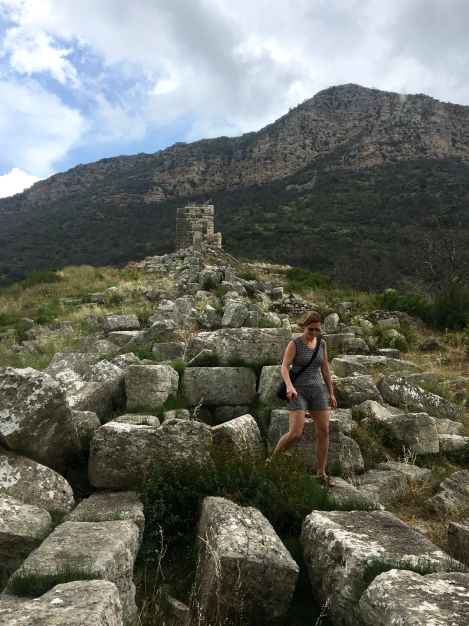 The Arcadian Gate that forms the one entrance to the wall — and which still acts as a roadway today — is equally spectacular.

The site of Ancient Messene (or Messini, according to the road signs) itself boasts a wide range of ruins. This is a huge, sprawling site where you can see the remains of buildings made by the Greeks, the Romans, and even the Byzantines. Often, a new ruling group just built right on top of whatever structures the previous peoples had created.

Ancient Messini is best known today for having the largest intact ancient stadium. Greeks would have run races here, and in later times, the Romans walled in part of the stadium to have an area for gladiators and animals to fight. 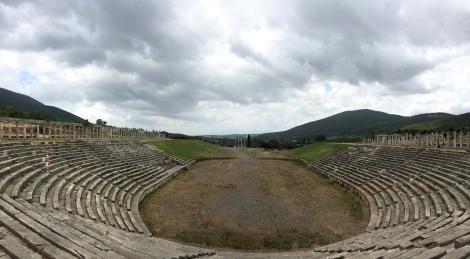 They also had an area dedicated to wrestling …

… an enormous sanctuary dedicated to Asclepius …

… and a theater that has been reconstructed for modern use (and where I did a little singing at Jocelyn’s request): 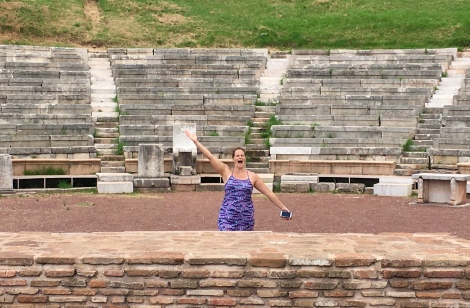 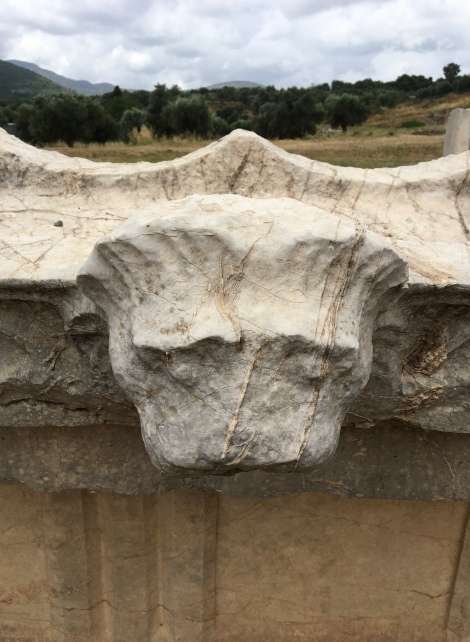 … and the many mosaics at the site…

… some of which are still under restoration (this was a Roman general’s villa): 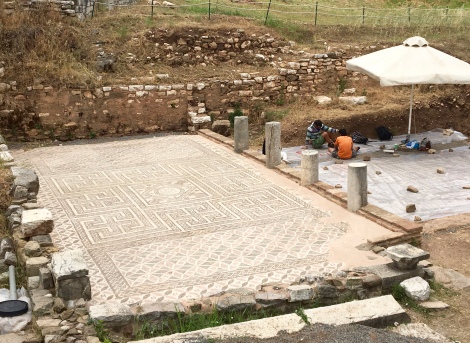 The building that is in the best shape at Ancient Messene is the Saithid mausoleum, built sometime in the 1st century BC:

There is also a tiny museum — it has three rooms — where we should have gone before exploring the ruins, because the history of the site is best explained here. It also houses statues that have been removed from the ruins in order to protect them. My favorite one was an extremely ugly rendering of a Roman general, which was carved from a statue of a Greek woman. 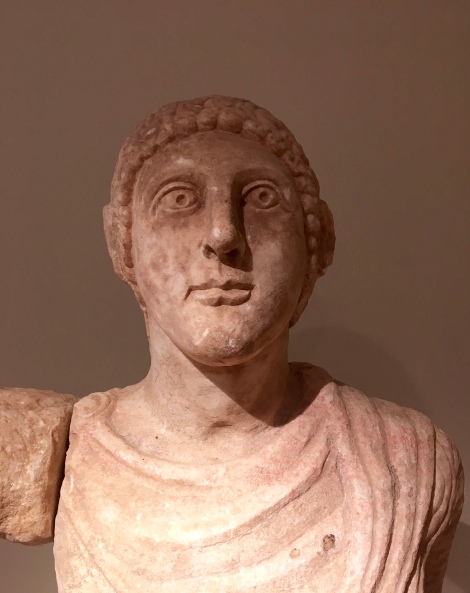 It’s out of most people’s way, but if you can visit Ancient Messene, we would highly recommend it. The site is impressive — and not very crowded. And it’s fun to explore the many nooks and crannies. 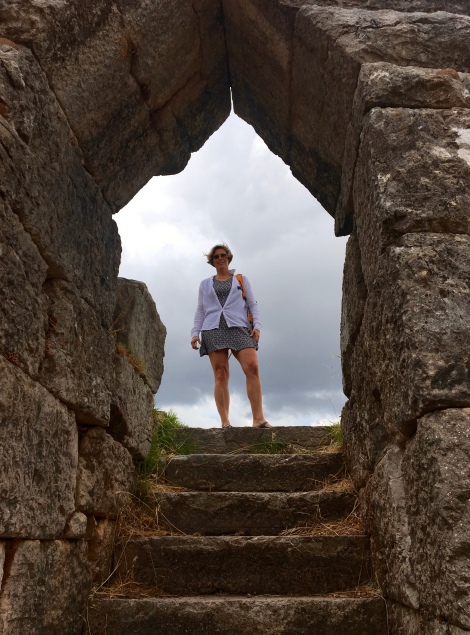