We have just reached the conclusion of the Mid-Autumn Festival, a festival celebrated in China (and, therefore, in Singapore) to mark the harvest each year. To celebrate this year’s event, we went to the lantern celebration at Gardens by the Bay. It was a beautiful night, with a nearly-full moon rising up over the Supertrees.

The theme of this year’s lantern festival was “Autumn of Fantasies,” which seemed to focus on a few animal-related legends. For example, you have the story of the carp …

… to become a dragon: 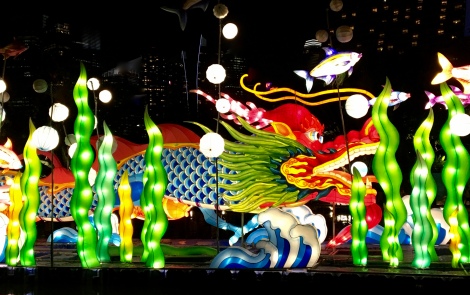 The fish theme was repeated elsewhere in the gardens, without any apparent legend attached. I was excited (probably more than I should have been) to find Nemo! 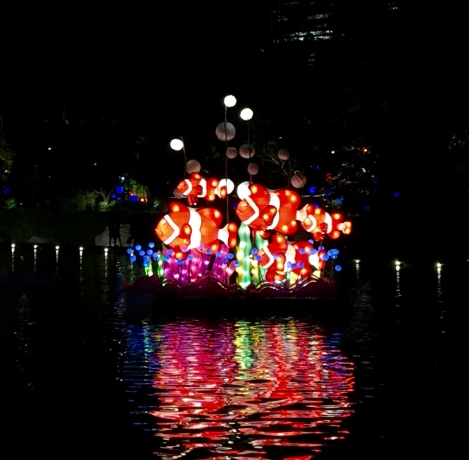 We also learned the legend of Jade Rabbit and the Moon. According to the signs (though you can get much deeper in to the legend on Wikipedia), a woman named Chang Er drank an elixir of immortality and flew to the moon. Her lonely husband then transformed into a rabbit to leap up and be with her, but she doesn’t know this, so she still still pines away for him (though the more I read Wikipedia, the more I wonder whether something was lost in translation in this sign’s explanation). Anyway, here are the rabbit and the moon!

We liked walking under the ever-changing colorful lanterns:

There were lots of rabbits all around the festival grounds. I assume that this is more imagery along the Jade Rabbit theme, but I’m not entirely sure.

My favorite lantern, a phoenix, took center stage at the festival: 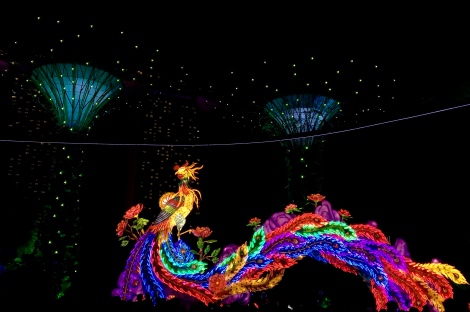 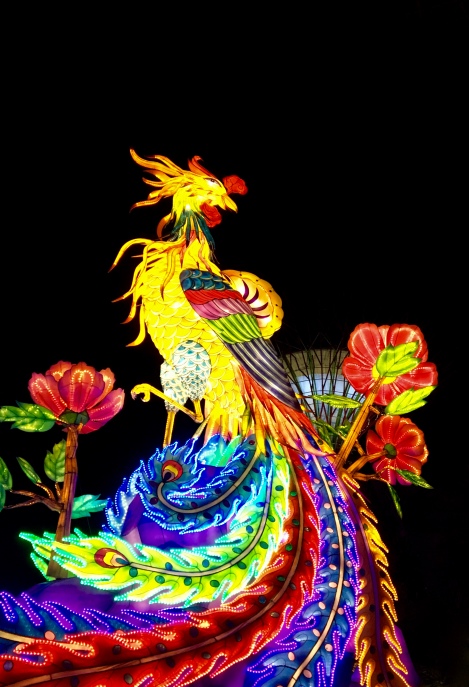 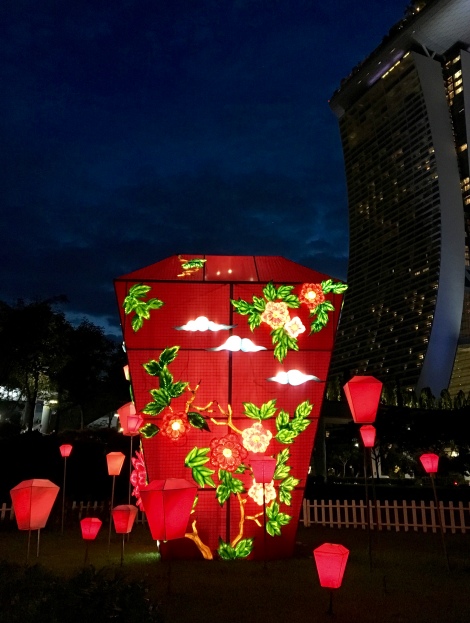 … another lined with crane lanterns…

… and a third lined with very tall flower lanterns:

… but for wishes, I’ll take an old-fashioned lady bug any day. 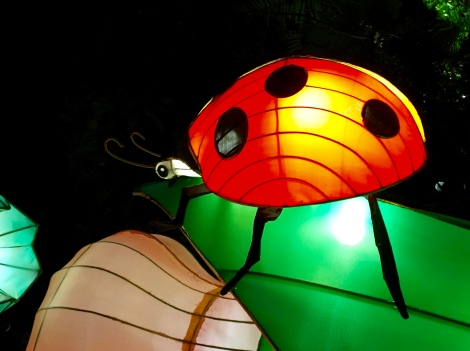 The Mid-Autumn Festival also means that mooncakes appear as gifts in our offices (you’ll notice a moon theme here).

A mooncake is a Chinese baked good that can be filled with all sorts of things: red bean paste (the best), mixed nuts (ok, not great), dates (pretty good), or lotus paste (boring). The most beautiful mooncakes have the moon inside:

That’s a salted egg yolk. And while it looks lovely, I’m not a fan of putting salted egg in anything (though it’s very popular here, so I’m clearly in the minority). But I’m all for celebrating the moon!

One response to “Lanterns in the Gardens”