This smart home robot (a 2016 award winner) gives a short speech that welcomes visitors to the museum:

Unfortunately, the museum does not have the space to house many actual objects (or maybe it just doesn’t have a very large collection — it looks like most of the fun stuff is in the Essen museum). Instead, the Singapore museum largely consists of big posters that show you 2-D versions of the award-winning artifacts. 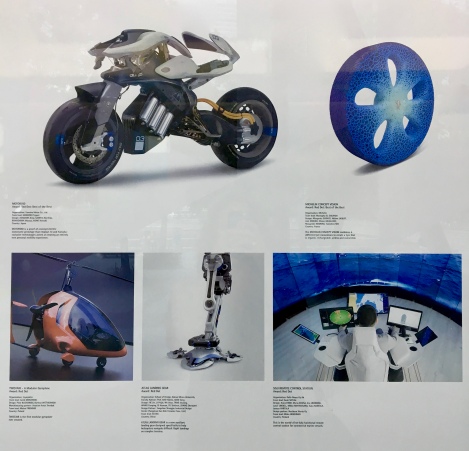 Seeing posters does not have the same effect as standing in front of the real thing. So when we did have the chance to interact with objects — like this electric violin — we were pretty happy.

… and this “versatile lighting concept” (which won Best of the Best in 2018):

Some of design innovations at the museum look pretty significant, like a robotic aperture that helps stroke victims learn to walk and a remote control system for commercial marine vessels. We found other award-winners somewhat more puzzling. These included:

Some award winners made me laugh, like the Angry Bottle Cap:

And others made me smile, like this design for a Ferris wheel that would take its riders under water:

The museum is very small — you can easily get through it in under an hour, and the gift shop takes up nearly as much space as the displays. There’s also a cafe that serves waffles with ice cream and beautiful little cakes:

It’s not a great sign when you find yourself enjoying the cafe and the gift shop more than the museum itself. Still, the museum was a nice enough diversion, and it’s fascinating to see what’s going on at the forefront of the design world.

Once the rain subsided, Prescott and I left the cafe and headed out for a walk along Marina Bay …

… where we stopped for a while to play at the giant mirror-balls in front of the Asian Civilizations Museum. 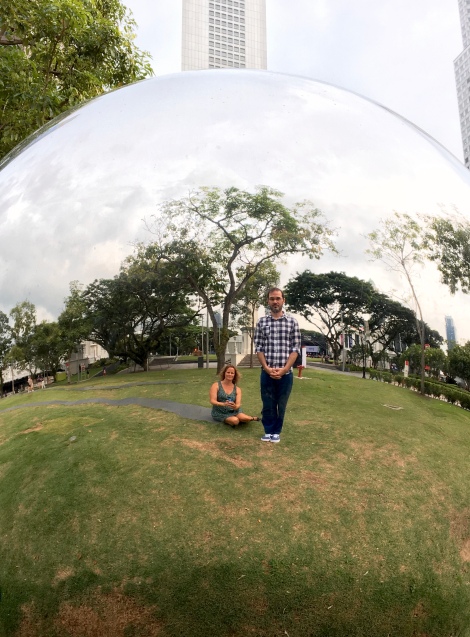 We also paid a visit to this piece of art, but Prescott was unimpressed (he called it the car dealership statue): 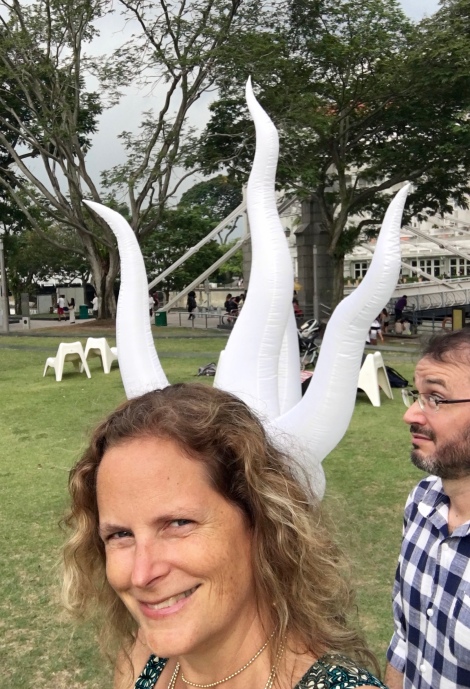 Our walk ultimately took us to The Proof Flat by EC Proof, the first real liquor store I’ve found in Singapore.

The store is set up in the second floor of a shophouse, and they’ve set up the front space like you’re actually in someone’s living room. It’s all very refined — and very, very expensive.