There is so much to do in Boston! I have written about a number of options elsewhere — the Museum of Fine Arts (MFA), the Tiffany Windows of Arlington Street Church, Walden Pond, Long Hill, the deCordova Sculpture Park, and the Harvard Museum of Natural History — but I though I would offer a few more for those adventuring in and around the city.

This large park, established in 1837, was the first botanical garden in the country. It is probably best known for its pond …

… where tourists can ride swan boats … 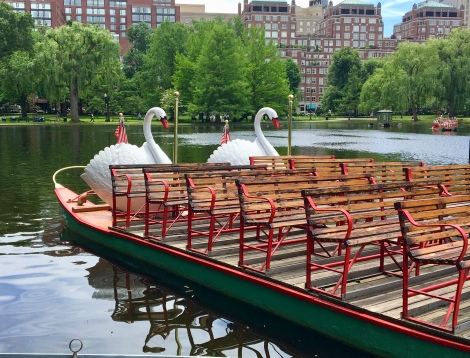 … and which was the inspiration for Make Way for Ducklings!

You can also see the real thing swimming out on the water or lounging by the pond’s edge:

I can’t say that this is my favorite garden — it doesn’t have a lot in the way of plantings — but it’s fun to see all of the people walking around and have a green space away from the hustle and bustle of the city.

Often considered one of the most beautiful historical cemeteries in the country, Mt. Auburn is viewed as the forerunner of the nineteenth-century public parks movement in America. This Cambridge landmark is a stunning place, all hills and trees, and it boasts many famous dead people.

If you drive in a ways, you can visit the cemetery’s Tower on the Hill, a monument to George Washington constructed in 1854. 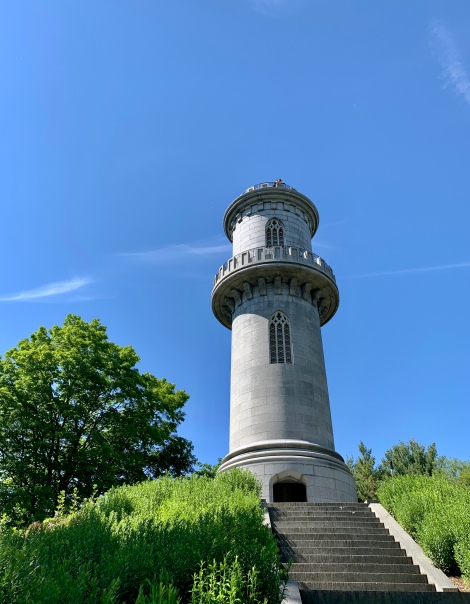 Meant to evoke a tower of the middle ages, this sixty-two foot granite memorial gives anyone willing to climb it (when it’s open, which is seasonal) a great view out over the suburbs and the city:

This is high on my list of places to which I intend to return the next time I’m in Boston, because I barely touched the tip of the iceberg in this visit.

Boston’s harbor offers a great– if touristy — place to wander, sit out on a bench, and see some historic buildings along the wharves. 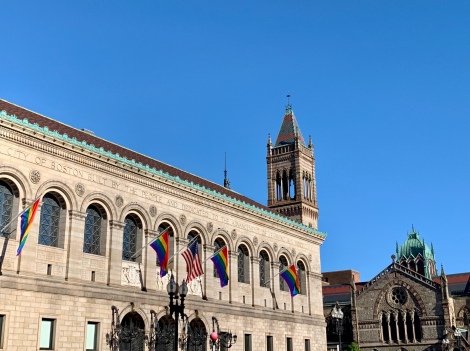 This public square in Boston’s Back Bay is crowded with Gilded Age buildings, including the Boston Public Library (the long Italian Renaissance-style building on the left above), Trinity Church, and Old South Church: 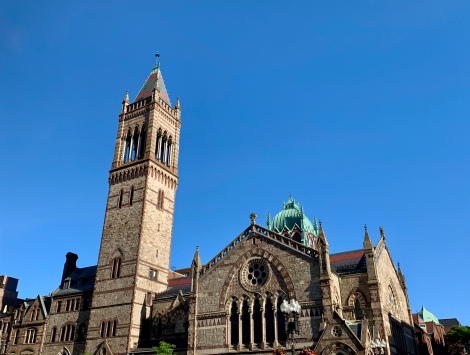 Designed in the Venetian Gothic Revival style, Old South was built just after the Great Boston Fire of 1872 left the original church somewhat charred (the church’s tower is newer, having been built in the 1930s after the old tower nearly fell over). You can go inside to see the church’s typically spare New England interior:

From April through October, you can take off from the Boston Harbor and see humpback whales within an hour! My sister and I went out with Boston Harbor Cruises and had a great experience.

We saw three whales out at Stellwagen Bank…

…and they allowed us to play around in their space for quite a while. 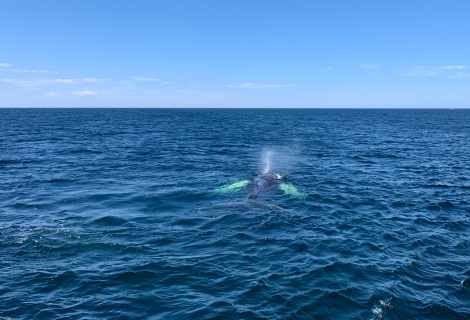 One even came right up under our boat!

… stunningly beautiful water (not the norm for New England)…

… and a view of the Boston Skyline:

But it’s windy out there on the water …

… and if you want to sit out on the deck, you need to be prepared to bundle up — it can get very, very cold!

Harvard University owns this lovely park in Jamaica Plain, where you can see everything from giant trees to flowers in bloom. My sister and I hit the very end of rhododendron season … 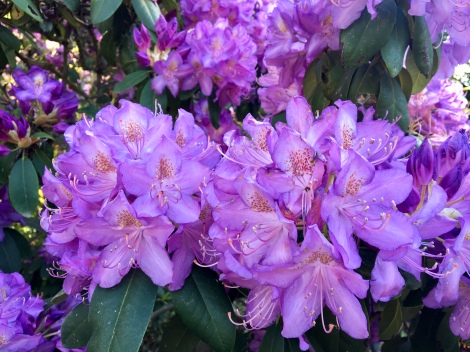 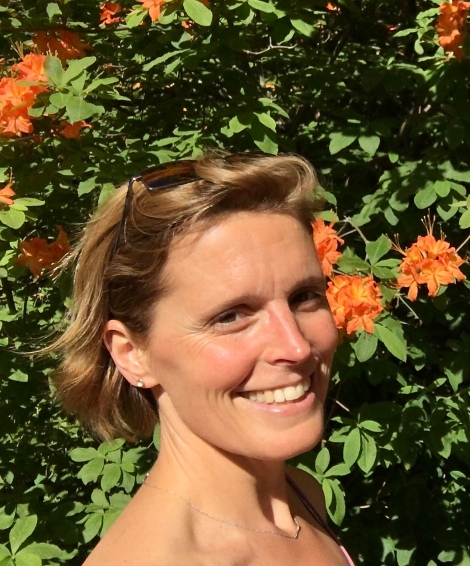 … and saw the very beginning of the mountain laurels … 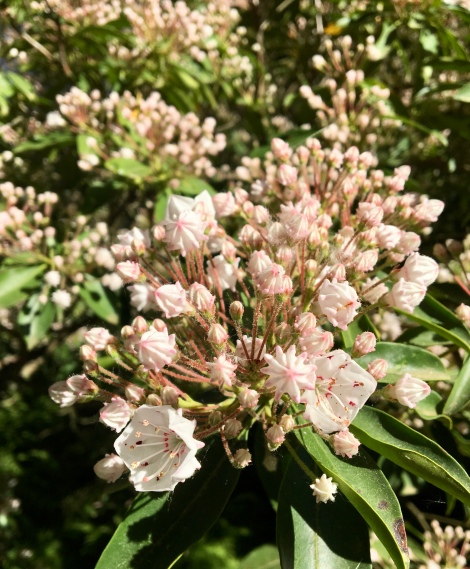 … which were barely starting to emerge from their tight little buds.

We especially liked this one, which is native to Massachusetts and which we had never seen before: 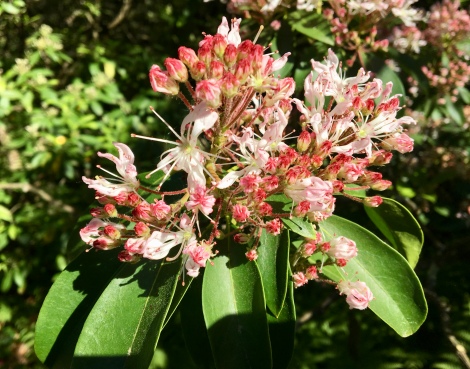 If you make your way down to Jamaica Plain, I would highly recommend stopping at Brassica Kitchen + Cafe for dinner (the risotto koji and the fish were both out of this world) and then going to J.P. Licks for an excellent scoop of homemade ice cream!

This isn’t something that’s as easy to plan, but if you’re lucky enough to fly into the city and have a window seat, you may have a great view!