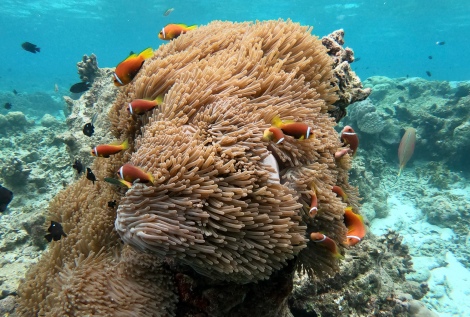 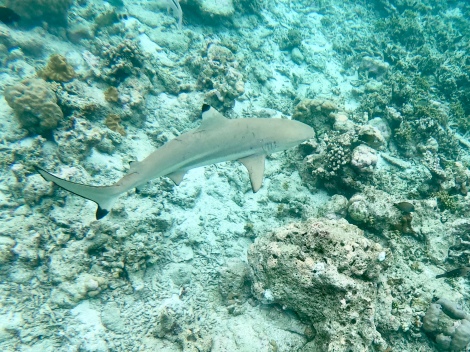 This is one of the many blacktip reef sharks we saw during our four days of snorkeling around and around Ihuru Island.  I never thought I would get used to swimming in shark-infested water, but these sharks are cheerfully benign. If you’re out snorkeling, they’ll pretty much ignore you — you only have a chance of being bitten if you step to close to them while wading in shallow water, and even then, it’s unlikely. So my heart rate eventually calmed down when I saw two sharks swimming in a row … 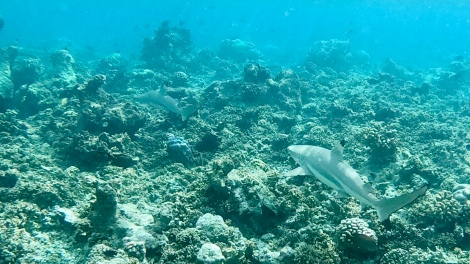 … or even a whole collection: 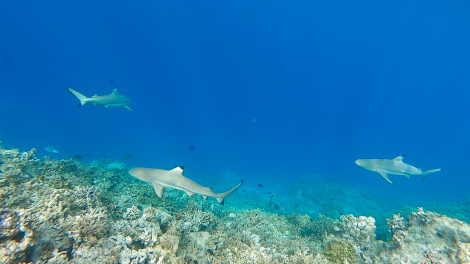 It’s beautiful to watch them swim …

… though it did get a little eerie when I had three sharks right alongside me all at once:

We also saw whitetip reef sharks during the day and tawny nurse sharks at night (also pretty harmless as far as humans are concerned). And we saw plenty of sea turtles, both green and hawksbill (but mostly the latter): 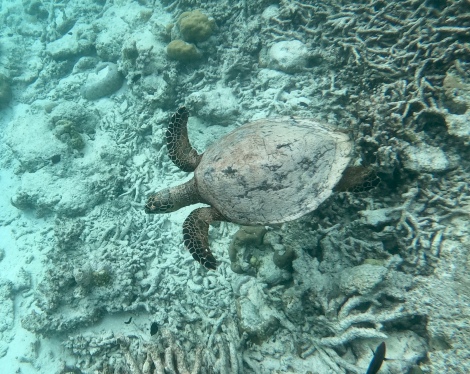 The most remarkable large creatures we saw in the water were eagle rays, which swim like birds flapping their wings in slow motion. We also happened upon a sting ray feeding session at Banyan Tree Resort (according to the marine center intern, the rays just know to come to the beach every afternoon). 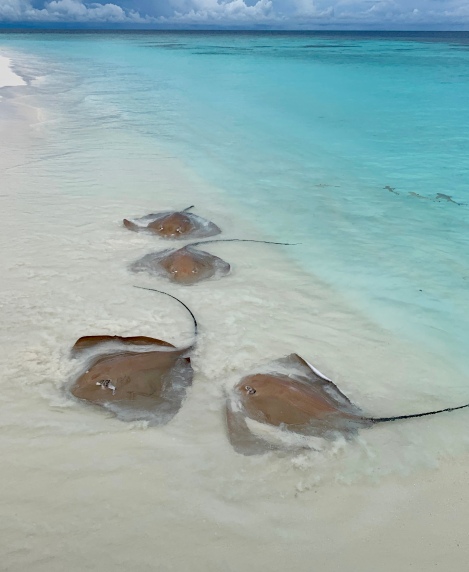 I wondered about the ecological wisdom of this practice — it never seems to me to be a good idea to feed wild animals — but it was fascinating to see the rays up close. And this gray heron decided to get even closer: 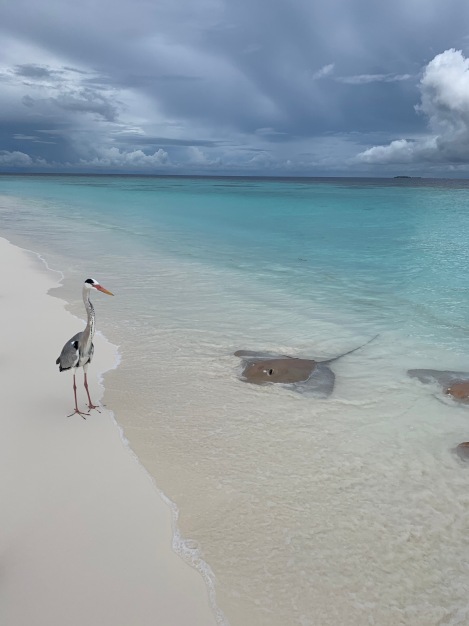 The Maldives are a great place to see what’s lurking beneath the surface!

One response to “Megafauna of the Deep”