While Prescott went downtown to teach a workshop on long form improv, I went to the zoo!  Singapore’s zoo is widely regarded as one of the best in the world, and rightly so.  Leaving aside the politics of zoos (should animals be kept in captivity at all?), the Singapore Zoo does a remarkable job of making you feel like you’re getting right up close and personal with the animals.  There are relatively few visual enclosures — lots of moats, but also lots of open spaces.  There’s a place where there are orangutans playing in the trees right over your head.  And when you first enter the zoo, you’re close enough these cotton topped tamarinds that you could reach out and touch them. 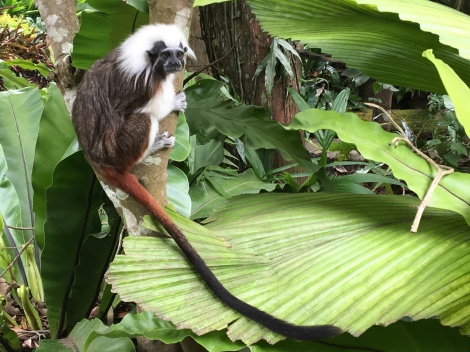 He was literally two feet in front of me, with no cage or anything.  Apparently, these monkeys are “conditioned” just to stay in the trees in the area.  It’s amazing.

The zoo has lots of traditional zoo animals, as you might expect:

(I took that last picture for my nephew, Cooper, who knows more about cheetahs than I ever will.)

It also has some rare animals, like the largest collection of proboscis monkeys in the world. 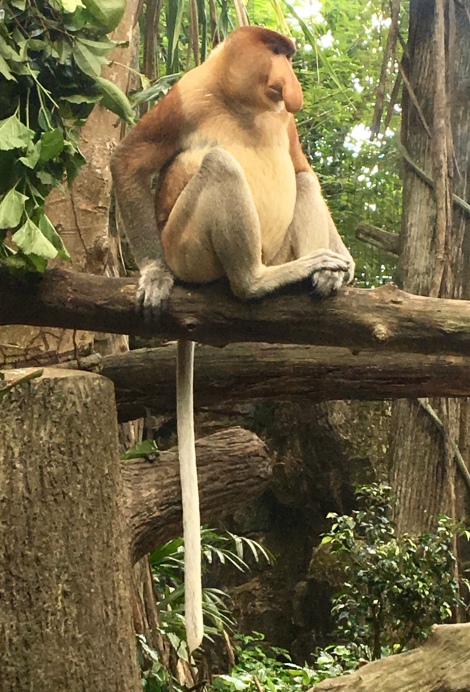 I had a long conversations with one of the elephant trainers about the ways in which the Singapore Zoo is trying to be a model for other zoos in Asia.  Currently, they have an elephant show, in which elephants do tricks for the visitors.  But they’re about to stop the show and change how much physical contact the trainers (called mahouts here) have with their charges. 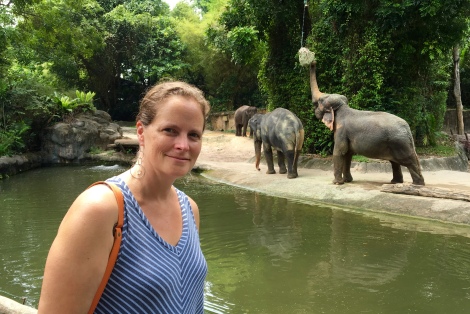 There was a lot to see.  The zoo has a giraffe named Growie (yup) and a clump of naked mole rats gnawing on carrots and a sad-looking polar bear (the first polar bear to be born in the tropics, but I can’t imagine that being born here makes it any happier about the heat).  Then there are these wonderfully fun and expressive Javan langurs, which were no more than three feet away from me: 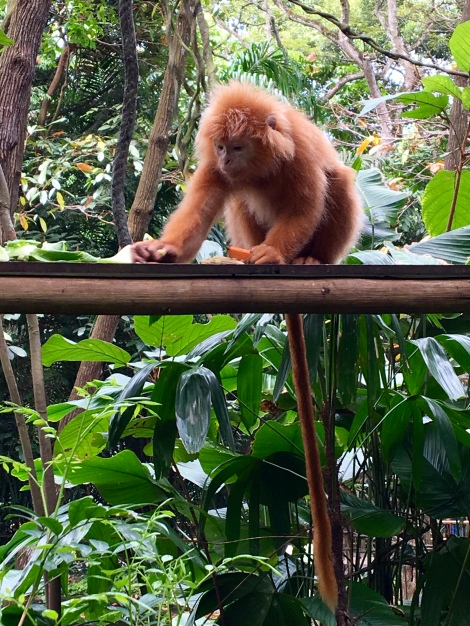 There aren’t many birds, though I did find these pelicans:

And there are plants!  One of the things that I think makes the Singapore Zoo extra-fabulous is how green it is.  As you walk among the exhibits, you feel like you’re in the middle of a well-manicured jungle (that’s a common feeling when you’re outdoors in Singapore).  I’m guessing I’m one of the few people who goes to the zoo and comes back with just about as many pictures of plants as animals. 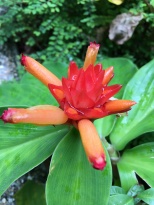 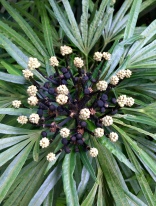 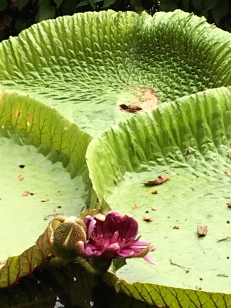 They have a great section dedicated to tropical food plants, where they grow everything from nutmeg to curry leaves to sesame seeds.  I found these sword beans: 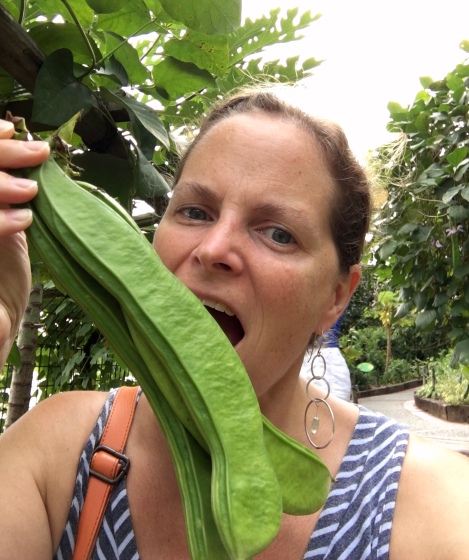 And these giant lily pads (which were in the food section, though I’m not sure I’d want to eat them):

Last but not least, there was this strange area in the Arctic room where you could take selfies that make it look like you’re in the far north.  Only in Singapore…

All in all, it was a highly satisfactory zoo visit.  I’m looking forward to going back.

One response to “My Trip to the Zoo”