On a day when many in the US will be starting their holiday journeys, we began a holiday adventure of our own.  We’re pretty sure that this particular holiday will not involve turkey, family drama, or football, but it promises to have its own brand of twists and turns.  We have come to Malaysia, to the mountains in the middle of the country, to the Cameron Highlands.

Our travels started in Changi Airport, which is as much an experience as it is an airport.  I tested high-end perfume samples (I’m reading a book about perfume, so I’m intrigued), checked out the koi pond, admired orchids, and visited strange blow-up dolls (which I later learned are Pokemon characters): 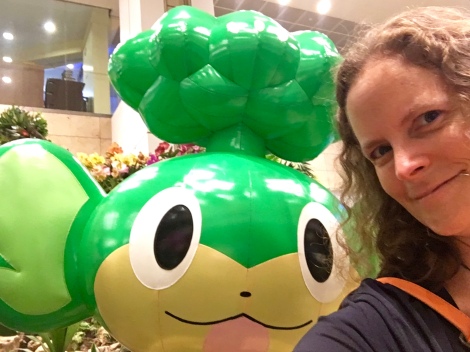 We also stopped at a Singapore promotional art station to create strange pictures of ourselves: 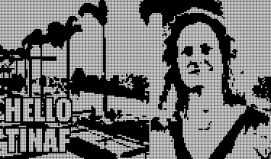 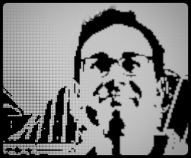 The idea behind this Malaysia adventure was to go somewhere cool, to see where they grow tea and strawberries, to be out in pristine mountain country.  I’m not sure we really knew what we were in for.  We probably should have guessed that this vacation might be something out of the ordinary the minute we walked out of the plane, down a staircase, and across the tarmac at the airport of the third-largest city in Malaysia (it was sort of like arriving at the third-largest city in Hawai’i).  You know you’re not in Kansas anymore when one of your major cities (in this case, Ipoh) has not upgraded to jetways.

Our rental car — a Proton — is covered in dents and scratches, and the glass in the front windshield rattles whenever we go over bumps. 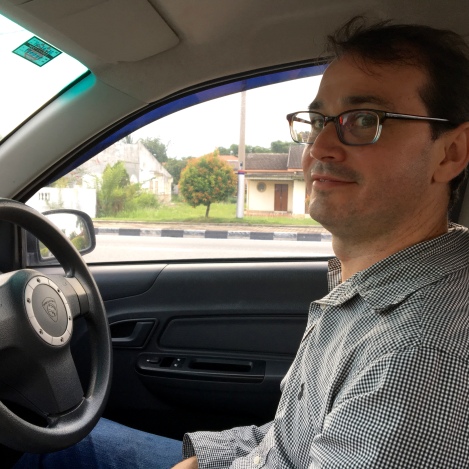 But ignoring the many rent-a-wreck qualities of our vehicle, Prescott drove bravely on up over the hills. We stopped briefly for odd snacks (I’m sorry to say that we didn’t get any chicken dance chips, but Prescott did buy curry-flavored knock-off Doritos). 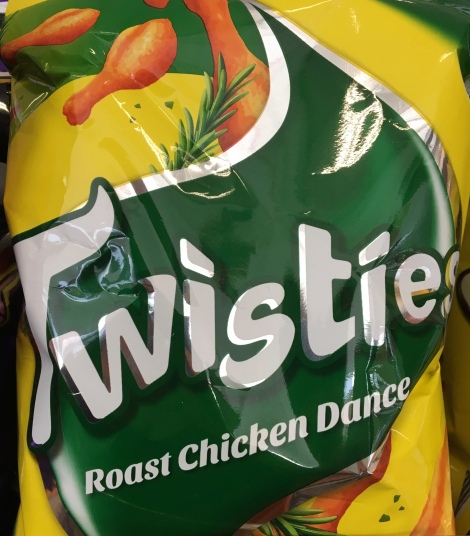 The drive up to the highlands was beautiful — lots of lush greenery.  It was terrifying at times; the roads are narrow and winding, and I was sitting on the side with lots of cliffs.  Oh, and they drive on the wrong side of the road here, and people don’t always take the idea of lanes very seriously, so Prescott had some serious negotiating to do.  But I enjoyed looking out and seeing the many orchids growing by the side of the road and watching a pretty spectacular sunset over the cloud-bedecked mountains.

To our surprise, the small towns and farms that dot the landscape up here all look much dingier than we expected.  People had said, “the Cameron Highlands are beautiful,” and the guidebooks show pictures of endless tea plantations and turn-of-the-century European houses.  So we were surprised to drive into the area only to find large swaths of greenhouses and blocky buildings.  Still, we had hope when we pulled up to our hotel, an old Tudor building that was once a private girls’ school.

That hope diminished pretty quickly, as we were led upstairs to a dark, musty room that had a bathroom crawling with ants.  We went down to complain (and you know it was bad when Prescott complains, because he never wants to be that guy).  We’ve been upgraded to a room that’s much bigger and nicer, with a high ceiling and big windows and two chairs, but it’s still dark and musty.

We then went down to dinner in the empty dining room.  The front desk clerk said, “let me spray first.”  As we followed her to a table, we were amazed to see her pull out a can of Raid and spray it liberally around the tables and chairs.  We’ve never started a meal that way before.

Dinner had a certain eerie quality — this big, rambling place is deserted.  Prescott says it’s like The Shining (I’m trying to think of it as White Christmas with less singing and dancing).  It’s definitely a little bit creepy. 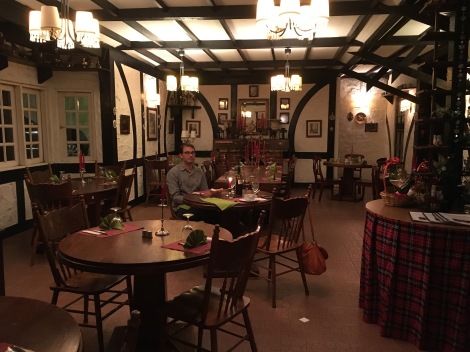 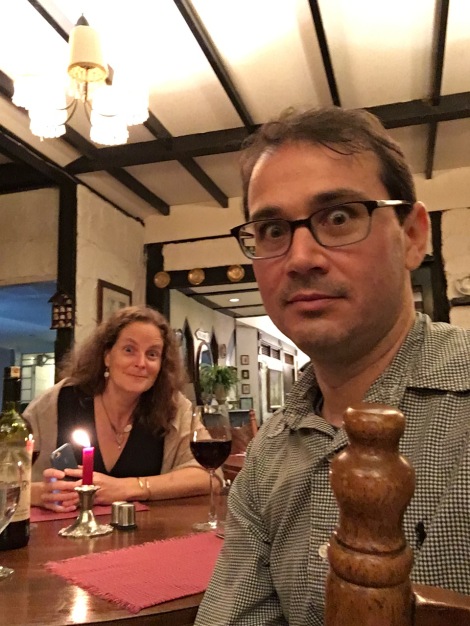 But we had fun over a couple of glasses of wine. 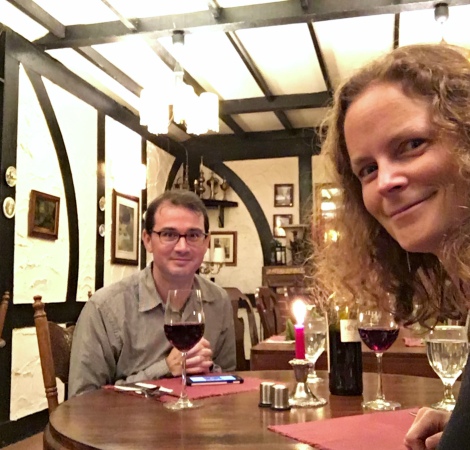 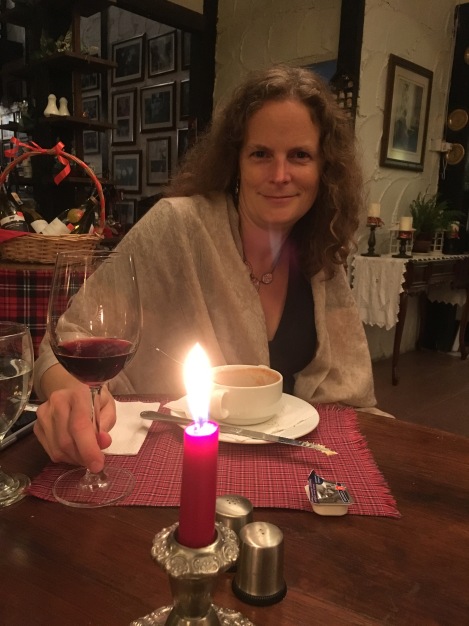 I will say that if we came to find someplace cooler than Singapore, we’ve done it.  It’s about 60 degrees and raining — not cold for the New Englanders out there, I know, but cold enough when you’re used to the tropics and there are no heaters in the rooms (and they leave lots of windows wide open).  It reminds me of the chill of San Francisco in June.  The floors are like ice!  We’re suddenly wishing that we’d shipped more bedroom slippers and fleece jackets out here.