We visited more tulous during our stay in Fujian Province than I’d thought possible. Most are open to the public, so if you’re just walking around a village, you can stroll in and take a peek — only a few are fancy or famous enough to charge an entrance fee. So if you’re struck by a view of a storage shed with grass growing on top, you’re free to saunter into the tulou and snap a picture:

Our group’s first formal visit to a tulou was to Yu Chang, known as “Swaying” or “Slanted” Tulou, because it’s about to fall down any minute now. It’s over 500 years old, and at this point, the structural integrity of the wooden part has seriously deteriorated. 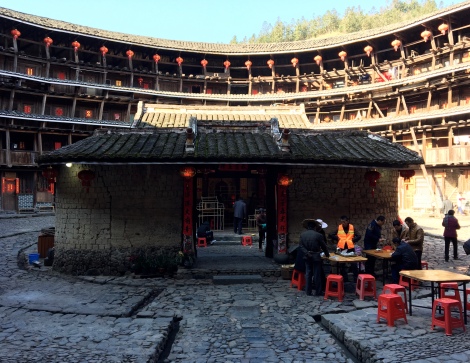 As is the case with most of the more touristed tulous, the first floor of this tulou was ringed with shops selling a variety of little things. Many offer tea tastings and sales: 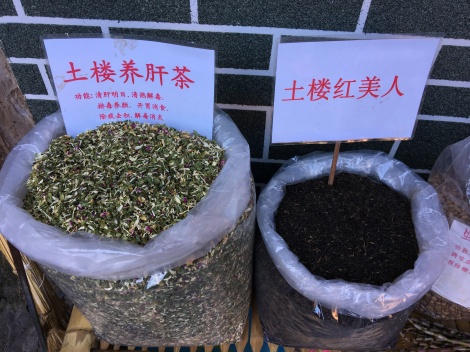 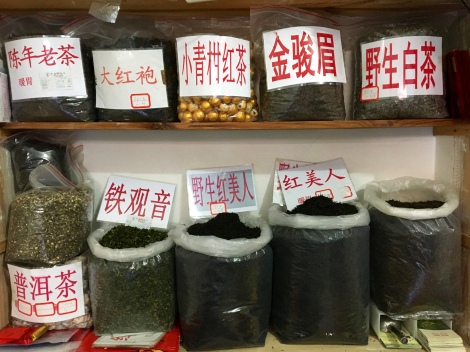 Our visit to this particular tulou was limited by major funeral preparations that were underway for a woman who had died a day or two or two before. Many different community members were there preparing food and building paper structures that would be burned for her. 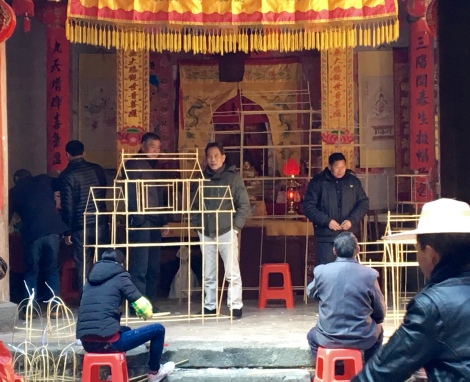 A band also showed up and started playing (we assumed this was related to the funeral preparations, though we really weren’t sure).

My least favorite tulou visit was to the most famous tulou of them all: the so-called King of Tulou. It’s been granted that name for its many internal concentric rings and the ancestral hall at the center. When you walk through it, you feel like you’re in a warren of rooms and hallways. I found it overly claustrophobic and crowded (the tourists come out in droves to see this one). Still, it’s beautiful when you can get away from the tour guides walking around with extra-loud microphones. 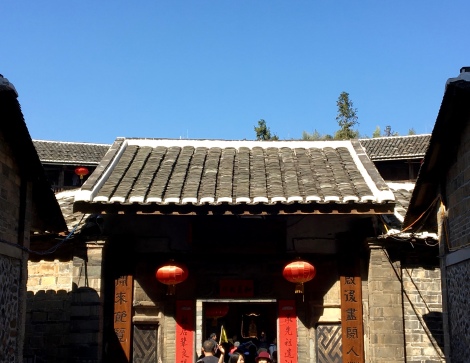 The interior has been exceptionally well-preserved (or restored, I’m not sure which). 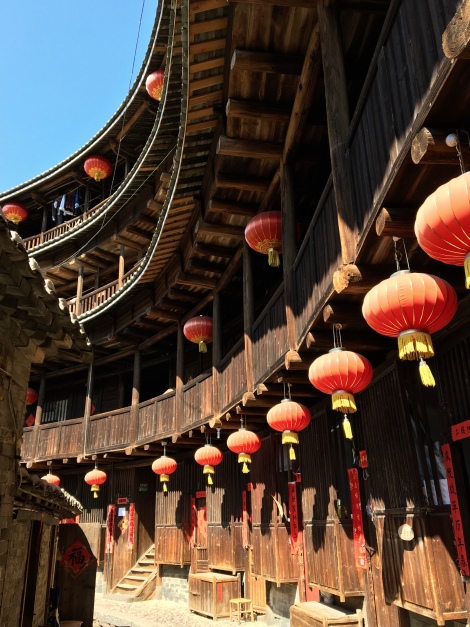 The view from upstairs must be amazing – but tourists aren’t allowed upstairs, because people (and an elaborate camera set-up) live there. It’s a sensible rule, but also disappointing. So I spent much of my time looking at the large square tulou next door (which, as you can see, is filled with shops) …

… and exploring the outside walls:

Here’s the view of King of Tulou cluster from the hill just behind it: 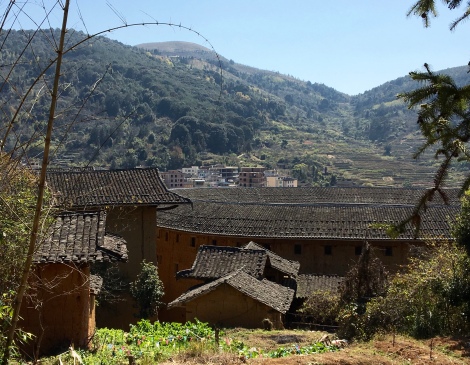 We saw many more tulous two days later when we took a long bike ride through the countryside. We had a view of the Hekeng Tulou Cluster from above in the early morning sunlight: 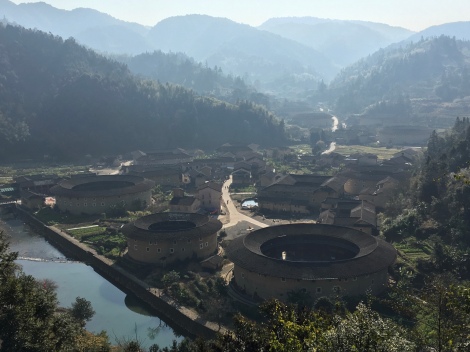 A few kilometers later, we stopped at the Shi Qiao Tulou Cluster. There’s fascinating construction going on along the main street – I can’t imagine that OSHA would approve of this pulley arrangement for moving wheelbarrows full of cement up to the top of a building.

We sat down for a sketching exercise a little ways on and I spent a good twenty minutes staring at and trying to replicate this particular tulou:

The boys were a little more excited about throwing rocks in the river than they were about drawing, but I had a good time with a pencil in my hand. 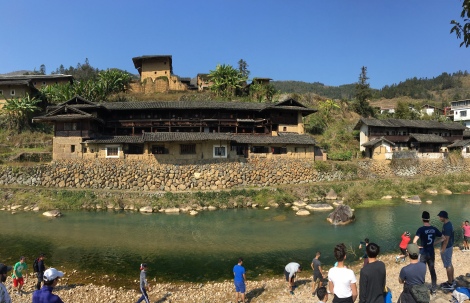 We found another tulou that was in a visible state of decay – while it’s still inhabited, you can see missing walls between intact apartments.

We then rode our bikes onward to Hegui Lou, the world’s tallest tulou:

Here’s one of the tulou’s many wells:

Our final tulou trip involved a walk to Huaiyuan Lou, a tulou built in the early 1900s which our guide called a “most refined” structure.

It’s impossible to keep away from salespeople: 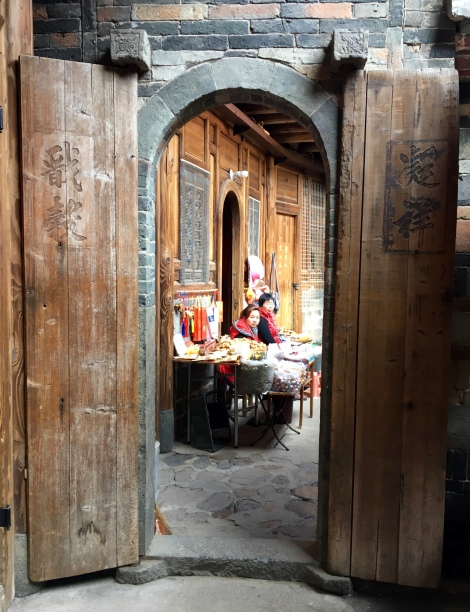 By the end of the five days, the kids were entirely done with seeing tulous – I, on the other hand, could have kept on going!

Our tulou was beautiful under the moon: