This festival appears to be a mish-mash of outdoor projections, music, food, and giant glowing bunnies.  That’s not a bad combination once you get used to the idea.  I’ll admit that for me, the enormous rabbits were the original draw: 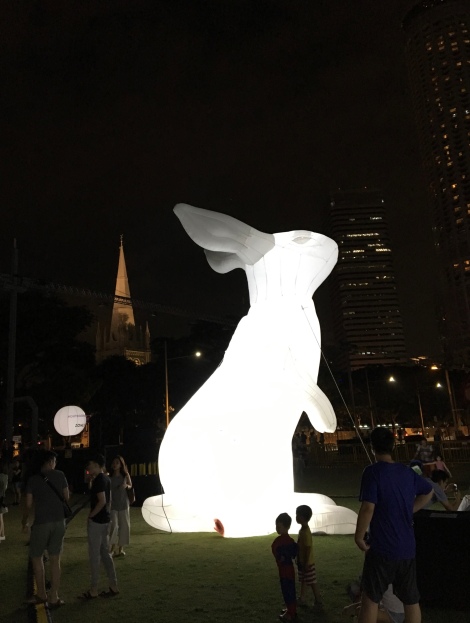 You could walk right up to these guys and give them a hug:

The festival’s other big attraction was an “outdoor projection trail,” a series of videos that were designed to play against the facades of several of Singapore’s major museums.  They trace the story of Hemera’s Dream, a tale of a brother and sister who are tasked for eternity with keeping the cosmic clock running so that the Eternal City can stay awake (this sounds like a terrible job assignment to me).  Here’s the cosmic clock, projected onto the Victoria Concert Hall: 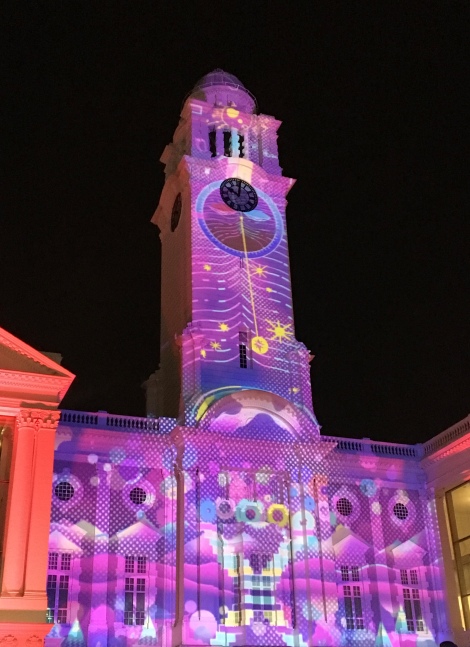 Hemera and her brother then eat too much and fall asleep (hard to blame them), the cosmic clock stops working, and chaos ensues.  Then a giant green creature captures (or maybe eats — I’m not sure) Hemera’s brother, and Hermera has to outsmart the creature and chase him away.  This story played out on the facade of the National Gallery:

Not to spoil the ending, but it all works out — Hemera and her brother return to the cosmic clock (for some reason, this seems to involve jumping on a board together) and order is restored.

I like Singapore’s fascination with designing video projections for their buildings.  It’s a great use of art and space.

The festival also played host to The Illuminated Angels, who walked around silently and looked very serious: 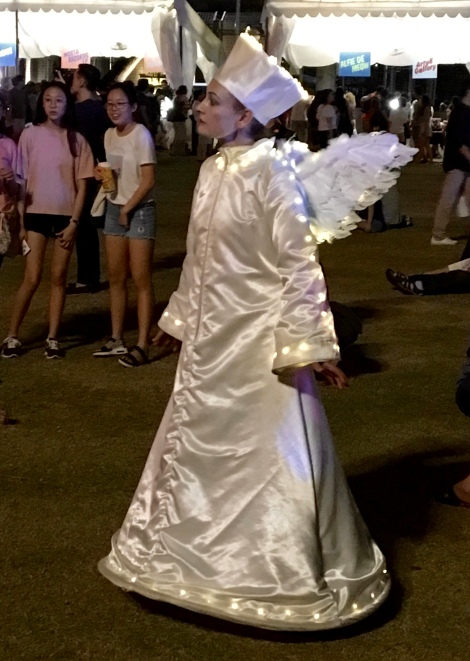 The museums in the festival’s vicinity all stayed open until midnight, so we spent a little time seeing the new exhibits at the National Gallery.  At this piece, you walk over lucite and look down, down, down at the world below: 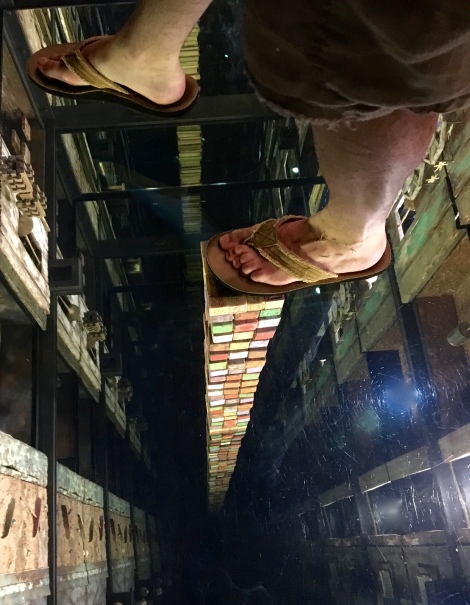 We stood in line to enter this colorful room, the brainchild of an artist who had visions of the world in dots when she was growing up:

Each person who entered the room was given a sheet of dot stickers, which we were free to put up anywhere in the room … 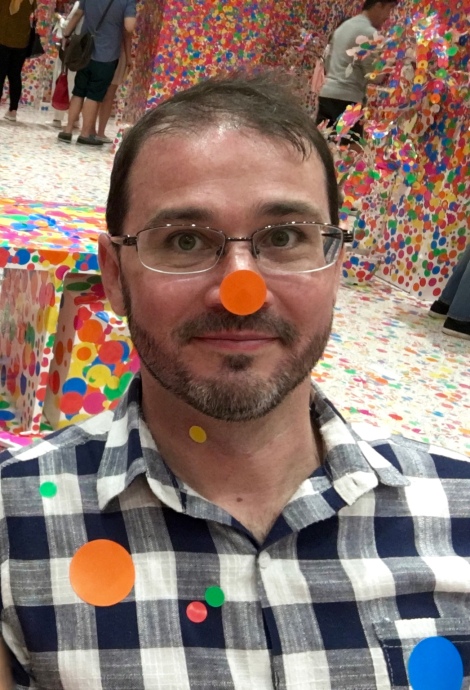 Outside, they put beanbags out on the lawn for everyone to enjoy as they watched the projections and enjoyed the DJ:

Not far from the festival, we found a giant GetActive! Singapore event just winding down.  Here’s the mascot of that campaign, Nila:

Singpaore has mascots for everything.  Nila teaches people to get more exercise, eat healthy food, have less screen time, and enjoy a good night’s sleep: 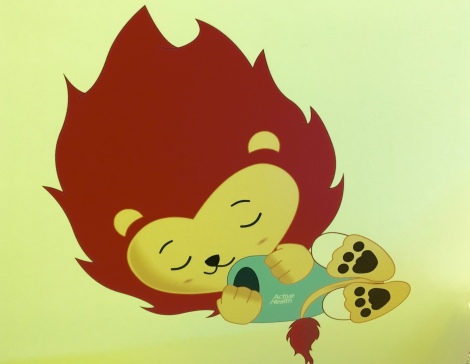 As an aside, Nila gets his name from Sang Nila Utama, a prince from what is now Indonesia who is said to have founded the Kingdom of Singapura in 1299.  Wikipedia tells me that Sang Nila Utama’s official title, “adopted upon his coronation, was Sri Maharaja Sang Utama Parameswara Batara Sri Tri Buana, which can be translated as ‘Central Lord King of the Three Worlds.'”  I think that’s a pretty amazing — and long — title.

In other evening news, I spent nearly two hours making mee rebus, a Malay noodle soup.  This dish, if you make it from scratch, involves a ridiculous number of steps.  You make a curry powder, and a paste, and a stock … but at the end, you’re so happy with the results that the time spent is well worth it:

Prescott continues to do lots of improv with the troupe of which he is now the artistic director, The Latecomers.  His last show was amazing!

3 responses to “The Inflatable Rabbit Festival”